Cheetahs strategize to dodge larger predators while they eat • Earth.com 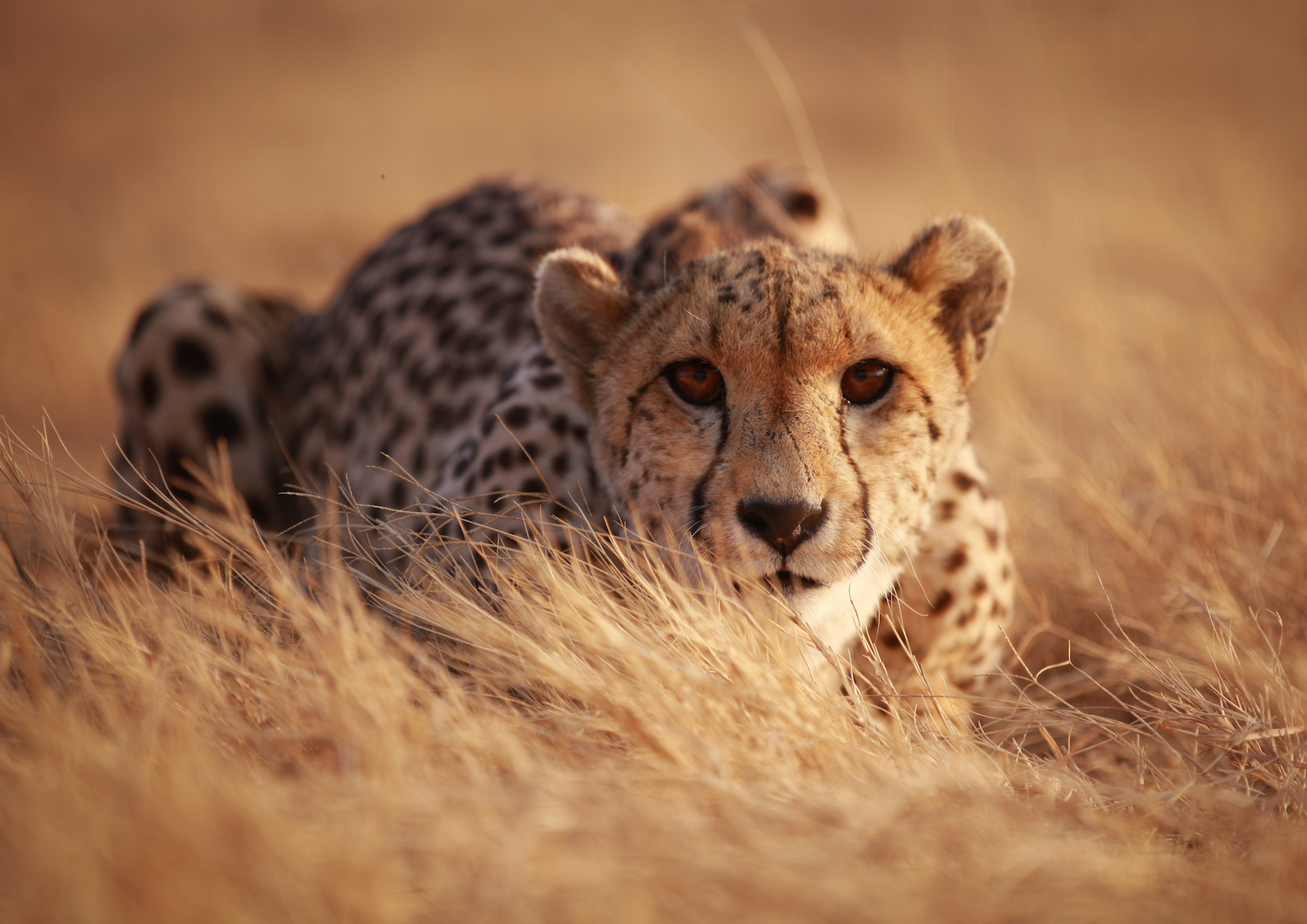 Cheetahs strategize to dodge larger predators while they eat

Researchers at Virginia Tech’s College of Natural Resources and Environment have found that cheetahs have adopted different strategies to deal with threats from other predators during feeding time. Some cheetahs eat their prey as quickly as possible, while mothers with cubs watch out for any danger while the juveniles eat.

Cheetahs live alongside bigger carnivores such as lions and spotted hyenas. The larger carnivores are known to attack cheetah cubs and steal prey from the adults.

While leopards can drag their prey high up into trees away from scavengers, cheetahs do not have the strength to do this. Cheetahs are also physically unable to defend themselves against lions, which is why they often hunt when larger predators are less active.

The research team analyzed 35 years of observations involving 159 cheetahs in the Serengeti National Park in northern Tanzania. The experts wanted to investigate how the eating behavior of cheetahs is affected by larger predators.

The study revealed that the feeding strategy used by the cheetahs depends on the type of threat they are guarding against. The main threat faced by single females and males is having their food stolen, so they spend less time watching out for attacks and more time eating as quickly as possible. The primary concern of mother cheetahs, on the other hand, is keeping their young safe.

“Instead of speed, mothers use vigilance to minimize risk,” explained lead author Anne Hilborn. “They spend more time paused before eating, perhaps also to catch their breath, and are more vigilant. This increases the amount of time they spend eating, which in turn increases their overall handling time.”

According to the researchers, the feeding behavior of cheetahs also depends on their location. In a territory with fewer lions or hyenas present, mothers may be less alert and observant during a meal with their cubs.

The study is published in Springer’s journal Behavioral Ecology and Sociobiology.