Cheetahs experience re-emergence of demand in pet trade as a status symbol • Earth.com 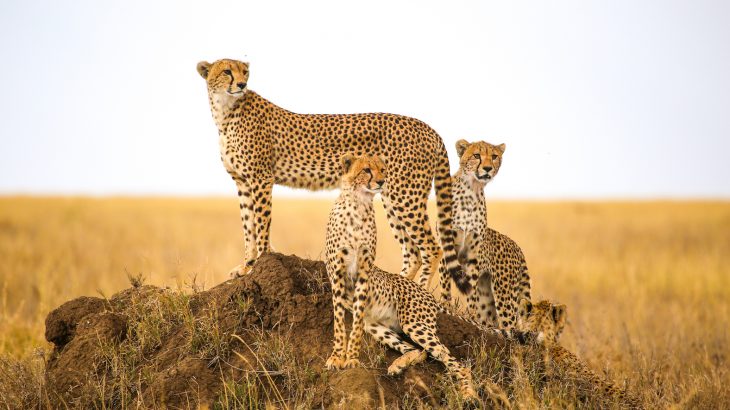 Wild animals have historically been kept as pets, including the cheetah which was seen as a symbol of wealth and status. While the cheetah trade has ancient roots, it has recently re-emerged as a threat to the species.

Keeping cheetahs in captivity has occurred for thousands of years, dating as far back as Ancient Egypt. Everyone from pharaohs to Persian shahs to Russian princes owned cheetahs as pets and for hunting, according to the Cheetah Conservation Fund. Demand for pet cheetahs persisted throughout the years and is believed to have significantly contributed to the near collapse of cheetahs in much of their range in Asia.

Despite national and international protections enacted in recent decades, the demand for cheetahs has surged in recent years due to the species persisting designation as symbols of wealth.

But now, social media flames the fire by providing an avenue for exotic pet owners to flaunt their pets to the world. Wealthy exotic pet owners have posted photos of pet cheetahs next to luxurious cars, on leashes and playing with humans.

Most of the trade appears to originate in East Africa where cheetahs are smuggled from the wild. The cheetahs are then transported to Yemen by boat and driven across the country border to consumer countries.

The semi-autonomous region of Somaliland is home to much of illegal trade in cheetahs due to its location near the Arabian Peninsula. The area also has the fourth lowest gross domestic product leading to communities trafficking cheetahs and other wild animals for income.

Just last month, 29 cheetah cubs were rescued while being trafficked in Somaliland.

Unlike other big cats, cheetahs are relatively docile, especially when they are habituated to humans at a young age. This, in addition to the widespread appeal of young animals, makes cheetah cubs especially appealing to wildlife traffickers.

Cheetahs are difficult to breed in captivity and there are few registered captive breeding facilities for cheetahs in the world, so it is likely that many of the cheetahs in the pet trade originated from the wild.

An estimated 300 cheetahs are smuggled from the Horn of Africa every year for the pet trade. While this number may not seem substantial, conservationists warn that it can have a negative impact on the small number of cheetahs left.

Less than 7,000 cheetahs exist in the wild today and the species is listed as “Vulnerable” on the IUCN Red List. Both the Northwest African and Asiatic cheetah subspecies are listed as “Critically Endangered”. Only 60 to 100 Asiatic cheetahs are estimated to remain and the illegal trade is seen as a threat to their survival.

The pet trade not only jeopardizes the conservation of the species but the welfare of each individual smuggled into the trade. Cheetah mortality in the pet trade is high, and The Cheetah Conservation Fund estimates that only one in six cubs survive the trade.

Cheetahs that do survive often live with owners who do not have the proper knowledge on cheetah biology and behavior. Cheetah cubs have complex diets and as the world’s fastest land animal they may languish living in cages in captivity.

Laws protecting cheetahs seem to have done little to curtail the trade. The trade is likely to persist as long as there is demand for pet cheetahs. Unlike other charismatic big cat species such as tigers and lions, cheetahs have received little international attention which may contribute to their continued overexploitation.

Hopefully for cheetahs, their popularity in the pet trade will soon become a trend of the past.