Chemical found in soft corals could be used to treat cancer • Earth.com 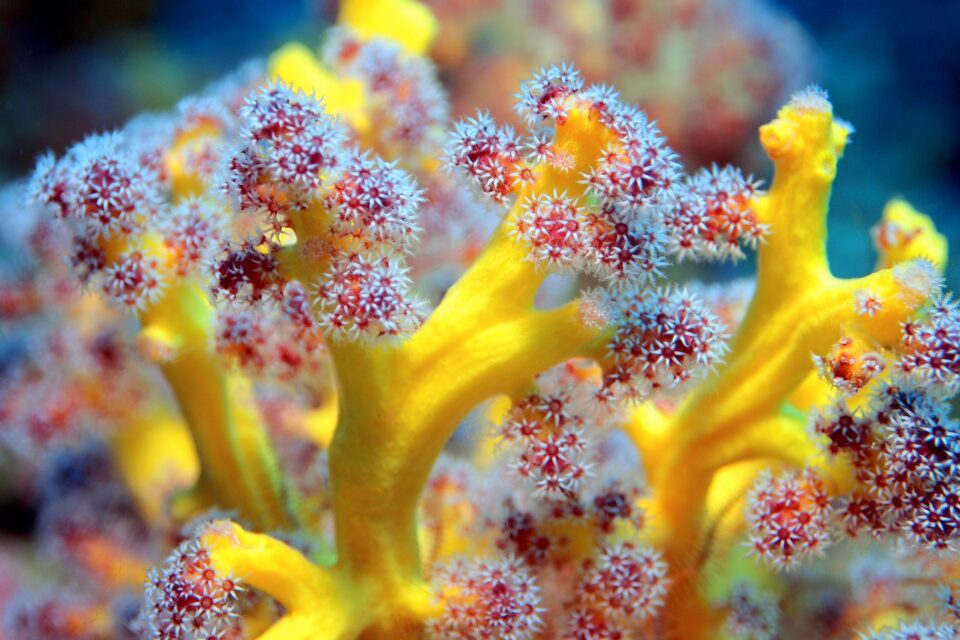 For over 25 years, drug hunters have been searching for the source of eleutherobin – a natural chemical which has shown promise for treating cancer in initial trials. Now, a research team led by the University of Utah Health has discovered that easy-to-find soft corals (flexible corals resembling underwater plants) produce this elusive compound. By identifying this source, as well as the corals’ DNA code for synthesizing the chemical, scientists were already able to begin recreating this potentially therapeutic compound in the laboratory.

Soft corals are known to harbor thousands of chemical compounds that could act as anti-inflammatory agents, antibiotics, and other types of drugs. In the 1990s, marine scientists found that a rare coral near Australia carried eleutherobin, a chemical used by corals as a defense against predators. Laboratory investigations showed that this compound could also act as a potent inhibitor of cancer cell growth. However, for over two decades, scientists could not manage to find the chemical in the quantities needed for drug development.

After programming lab-grown bacteria to follow coral DNA instructions specific to the soft corals, the microorganisms appeared able to replicate the first steps of producing this potential cancer therapeutic. This proved not only that soft coral are major sources of eleutherobin, but also that this precious compound could be easily manufactured in the laboratory.

“This is the first time we have been able to do this with any drug lead on Earth,” said study senior author Eric Schmidt, a professor of Medicinal Chemistry at the University of Utah Health. “These compounds are harder to find but they’re easier to make in the lab and easier to take as medicine.”

Professor Schmidt and his team hope that, in the near future, drugs derived from these compounds could be given as pills with a glass of water, rather than by injection or other more invasive means.

“My hope is to one day hand these to a doctor,” said study lead author Paul Scesa, a postdoctoral fellow at the University of Utah Health. “I think of it as going from the bottom of the ocean to bench to bedside.”

The study is published in the journal Nature Chemical Biology.