Some coral communities are doing better than expected • Earth.com 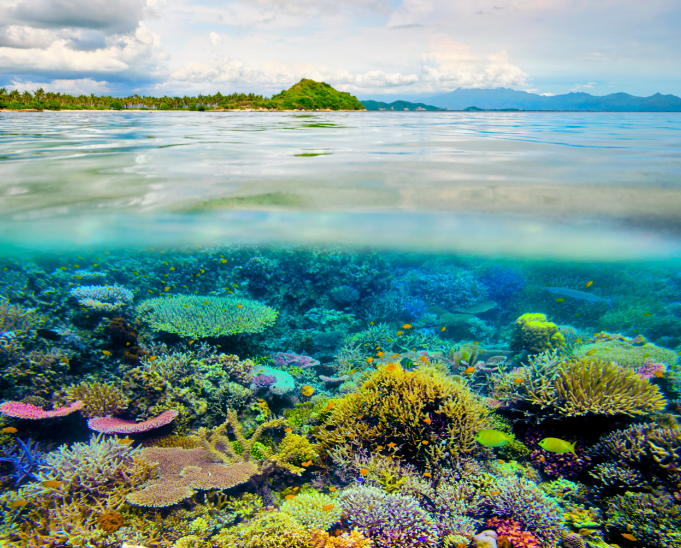 Some coral communities are doing better than expected

Climate change presents some detrimental obstacles to fragile coral reefs such as heat-related bleaching, but new research shows that some coral communities are evolving to become more heat tolerant as ocean temperatures rise.

A new study investigated the impact of heat stress on the Phoenix Islands Protected Area (PIPA), and discovered that despite 75 percent of the coral reef being damaged by a heatwave in 2003, a later heatwave in 2010 was far less damaging.

“We’re seeing areas that were devoid of corals after 2002-2003 that are now flourishing with most of the original species,” said study lead author Michael Fox, a coral reef ecologist at the Woods Hole Oceanographic Institution (WHOI).

“It’s easy to lose faith in coral reefs. But in PIPA, which is protected from local stressors, and where reefs have enough time to recover between heatwaves, the coral populations are doing better than expected.”

“The protected area gives us a rare opportunity to study pristine and isolated coral reef ecosystems, a privilege for which we thank the people of Kiribati,” explained study co-author Anne Cohen.

Dr. Lizzie Mcleod, who was not involved in the study, leads global reef work at the Nature Conservancy. She said the findings are important for giving us hope for the future of coral reefs, and also for helping to maintain support for protecting reefs, including efforts to reduce local threats like pollution that undermine the reefs’ ability to adapt.

Dr. Mcleod recommends that conservationists prioritize saving these heat-tolerant reefs, as they could help repopulate other sites damaged by future heatwaves. However, the study authors are being careful to not being too optimistic, explaining that even these evolving corals have their limits.

“We’re in a race against time, so anything that increases the chances that corals are going to make it is really good news,” said marine biologist Nancy Knowlton of the Smithsonian National Museum of Natural History. “The corals are doing their part. We have to do ours.”