Chemical pollution is a global threat that needs to be monitored • Earth.com 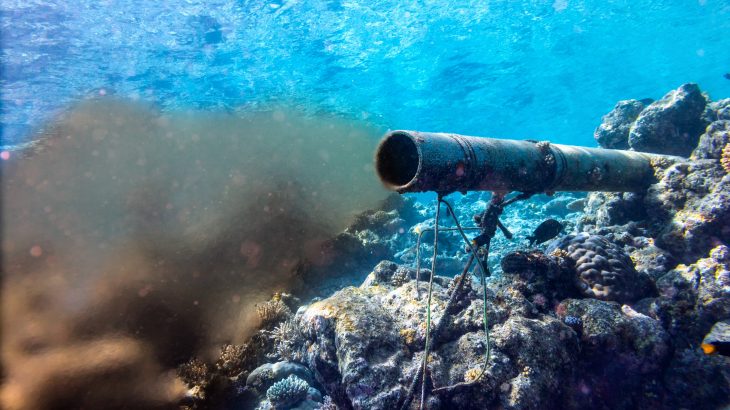 Chemical pollution is a global threat that needs to be monitored

An international group of scientists is calling for global action to inform policymakers and the public about the widespread threat of chemical pollution. In a study from the Green Science Policy Institute, the researchers explain how a lack of science-policy interactions on chemicals and waste has contributed to health and environmental problems worldwide.

Even though chemical pollution is a global issue, international policymakers do not have a way to stay informed regarding important new scientific findings, which limits their ability to address the growing problem.

“We need international cooperation to address issues that transcend borders, such as the harms of heavy metals, persistent organic pollutants, and plastic wastes,” said study lead author Dr. Zhanyun Wang. “This is critical for developed and developing countries where developing countries are the world’s dumping grounds for toxics.”

According to the researchers, over 100,000 chemicals are currently in use, including pesticides used in farming, metals that are disposed of in old digital devices, and the PFAS that make rain jackets waterproof. The experts report that exposure to just a small fraction of harmful chemicals contributed to over 1.3 million premature deaths in 2017.

As the amount and variety of chemicals in use continue to increase, the threats will continue to grow. In 2017, global chemical sales were over US$5.6 trillion, and are projected to almost double by 2030.

The trends projected for waste generation are even more alarming. For example, the amount of plastic waste entering the ocean in 2025 is expected to be 10 times higher than in 2010.

The study authors emphasize that a global intergovernmental science-policy body for chemicals and waste is urgently needed to monitor the chemicals that are in use throughout their life cycles. The panel would also identify policy-relevant research that could speed up action to protect the health of humans and the environment.

“A new science-policy body will provide a scientific basis for international and national action on chemicals and waste by conducting authoritative scientific assessments, identifying emerging concerns, and connecting policy makers and scientists,” said Dr. Wang. “A journey of a thousand miles begins with a single step, and we hope the governments around the world will take this critical step toward a pollution-free planet.”