Was Chicago named after a wild onion? • Earth.com 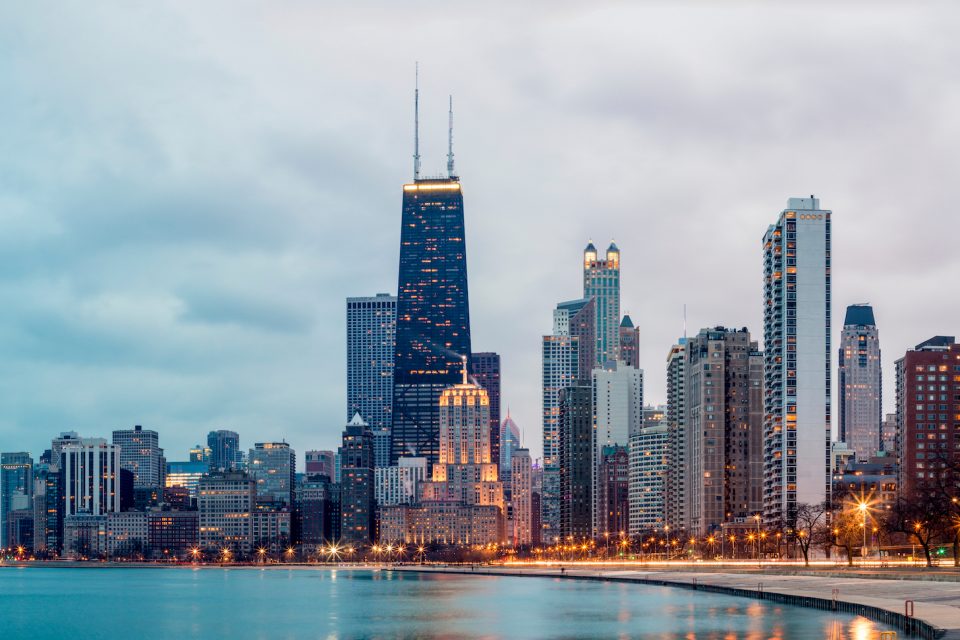 Was Chicago named after a wild onion? Chicago is a fractious city, full of unresolved contradictions. A heap of concrete and metal, it looms over the southwestern shore of Lake Michigan, by turns both elegant and brutal. Known for political corruption and crime, the Windy City is also the beating heart of liberalism and culture in the midst of America’s more traditionally conservative midwest.

Incorporated in 1833, Chicago has evolved from a small settlement to the third largest city in the United States, home to one of the world’s busiest airports and a hub of national politics. In the midst of its rich heritage rages a fascinating debate, full of opposing theories that rest on interpretations of its natural history, Native American linguistics, and French exploration, all delivered with the trademark bluster that puts the “wind” in its famous nickname.

For all of Chicago’s global significance, there is still a lack of certainty about the origins of the city’s name.

What is certain is that the moniker derives from a Native American term that once described the region, probably from the Miami tribe that inhabited it when French explorers first arrived. A few notions have been largely disproven. It is considered unlikely by contemporary scholars that the original name translates to “playful waters,” “thunder,” or “big,” as some proposed in the past. The current popular theory that it instead refers to a species of wild onion once carpeting the region has more support, but even that idea has been contested.

Those who have weighed in on the issue predicate their arguments largely upon analyses of records from early French explorers, notably those of René-Robert Cavelier, Sieur de La Salle and his deputy, the naturalist Henri Joutel. La Salle is believed to have passed through the area several times and was certainly there in 1682. Joutel, who accompanied La Salle on his final journey in search of the mouth of the Mississippi from 1684-87, spent three weeks in what is now the greater Chicago area on his return journey to Canada following La Salle’s murder in present day Texas. His observations from that period, during which he investigated La Salle’s claims about the region’s name, are perhaps the most important in getting to the root of whether or not the city is named for a species of wild onion—or something else entirely.

A series of articles in the Illinois State Historical Society’s journal hashed this out over the course of two decades. The three scholars responsible conducted detailed primary source analysis—and advanced a good deal of speculation. Their work—laden with detail and, in the case of the final author, a fair bit of snark—provides fascinating insight how history is written and rewritten.

For some time, three varieties of Allium—wild onions—were contenders. The possibilities were the nodding onion (Allium cernuum), a pink-flowered prairie denizen, the wild leek or ramp (Allium tricoccum), a white-flowered species with broad leaves found in forested areas, and wild or Canadian garlic (Allium canadense), a white-flowered species found in both prairies and woodlands.

In 1991, former attorney and historian John F. Swenson narrowed it to A. tricoccum on the basis of its earlier reference by La Salle to the plant as ail sauvage, French for wild garlic. This was the plant supposedly known by the Miami as “checagou.” La Salle is known to have mentioned it as early at 1680, though Swenson concentrates on a reference to all three species in a 1683 letter. Explorer Henri de Tonti, who accompanied La Salle on some of his travels, recalled surviving on ail sauvage over a period of days in 1680 after fleeing an attack by the Iroquois at Illinois’s Starved Rock, now a state park. Swenson assumes, reasonably, that Joutel was aware of the plants through his discussions with La Salle. 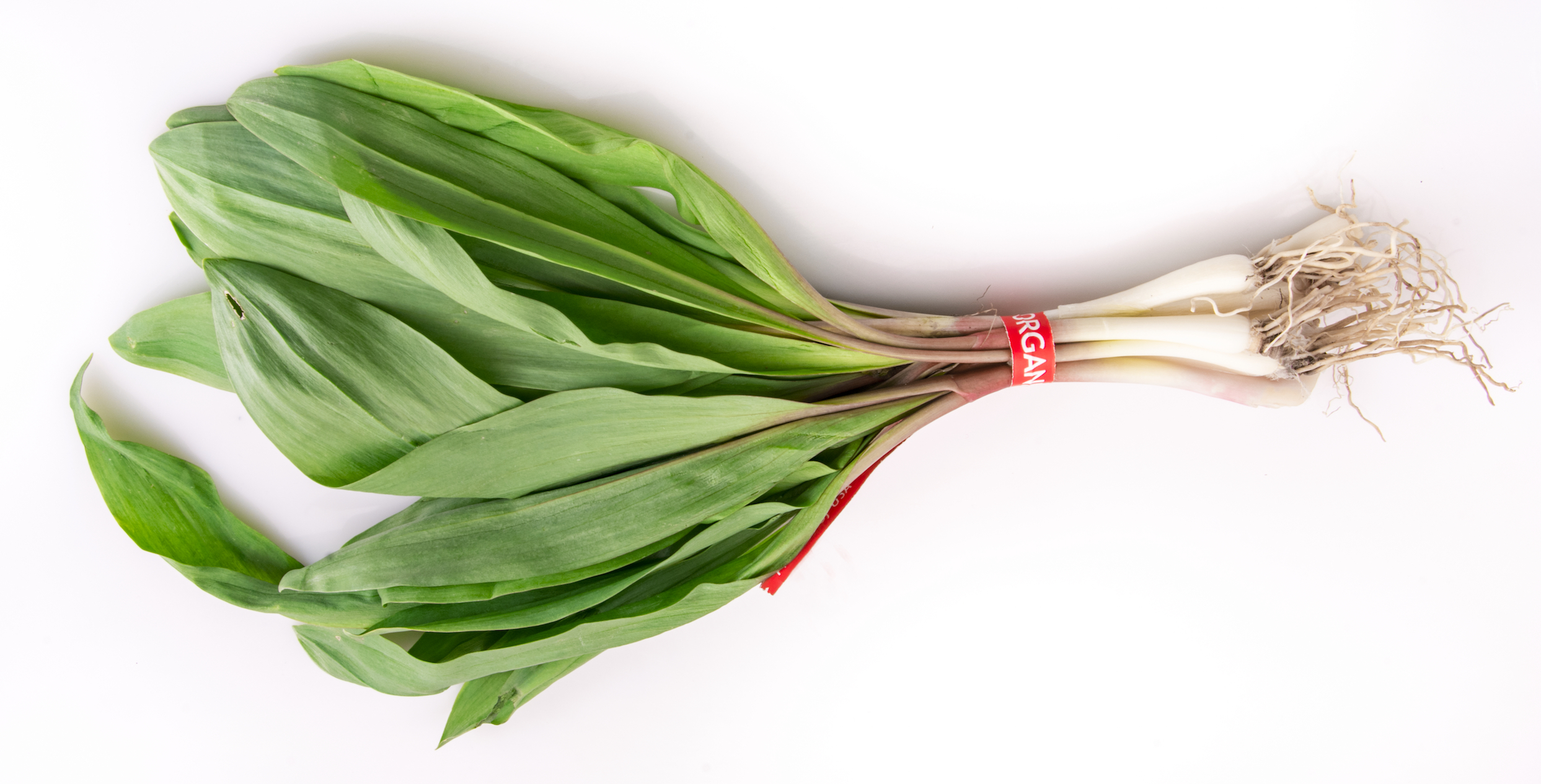 Joutel, during his 1687 sojourn along the Des Plaines River, inland from Lake Michigan, tried both A. tricoccum and A. canadense and remarked that the former tasted of garlic while the latter tasted like cultivated onions, despite its common name, which is likely due to its physical resemblance to a form of cultivated garlic rather than its flavor. (At the time, there were no permanent settlements on the site of the current city due to its exposure to the elements, so the area bearing this name was more expansive and general.) It was unlikely that he would have encountered A. cernuum in the wooded environs in which he found himself, though it is conceivable that it may have been growing nearer to the lakeshore, which was more open. Joutel spelled it “Chicagou.”

In 2003, Michael McCafferty, a linguist specializing in the Miami language, further refined Swenson’s conclusions. Notably, he pointed out that “checagou” was an inaccurate transliteration of šikaakwa, the Miami word for both the striped skunk (Mephitis mephitis) and for A. tricoccum, which was so-named for its skunk-like odor when crushed. That appellation was given by the Miami to portions of what are now known as the south branch of the Chicago River and the Des Plaines River. The transliteration appears to have occurred due to the use by La Salle of a digraph, a character rendered as “8” at the end of checagou—so, checag8. The 8 represented several sounds, including -ou and -oua and may have been later mistranscribed by La Salle himself or by a Frenchman unaware of the second usage. McCafferty dispenses with the idea that the waterway may have been named for the skunk itself rather than the plant named after the skunk because the Miami were not known to name waterways after animals.

A 2004 response by Carl J. Weber rather jeeringly notes that the form “Checagou” was used frequently in the decades after La Salle’s first mention and that Checagoua or Chicagoua never appeared on a map. He conjectures that Joutel was the butt of a joke by Native American guides, who, when asked about “checagou” referred Joutel to the skunky plant when in fact the area was named for a chief who had himself been named after the waterway known as “Checagou.” McCafferty issued a scathing rebuttal the next year, reiterating and expounding upon his earlier claims.

Whatever the case, various forms of the word remained in use. Father Jacques Gravier, a Jesuit missionary, used the Chicagoua spelling several times in letters dating from 1697-1701. Antoine Laumet de la Mothe, sieur de Cadillac, another French explorer who founded the settlement that would later become Detroit, noted in a 1696 letter that, “… Chicagou comes next. The word means Garlic River, because a very large quantity of garlic grows naturally there, without cultivation.”

The name was later given to the city that sprung up around settler Jean Baptiste Point du Sable’s trading post, established near Lake Michigan perhaps as early as 1779 but likely in the 1780s. Whether there were onions growing on the site, we will likely never know. But wild leeks, or ramps have certainly made a come back—in the spring, when they pop up in surrounding forest remnants, eager foragers harvest and sell them to the city’s many gourmet establishments, a practice that has put the plants at risk. So it is that we Chicagoans may be driving our very namesake to extinction. The animals for which those wild onions were named, however, are flourishing. On many a hot summer night, the pungent odor of an agitated skunk can be detected on the sultry breeze, an olfactory reminder of the wilderness that once was—and that which remains.