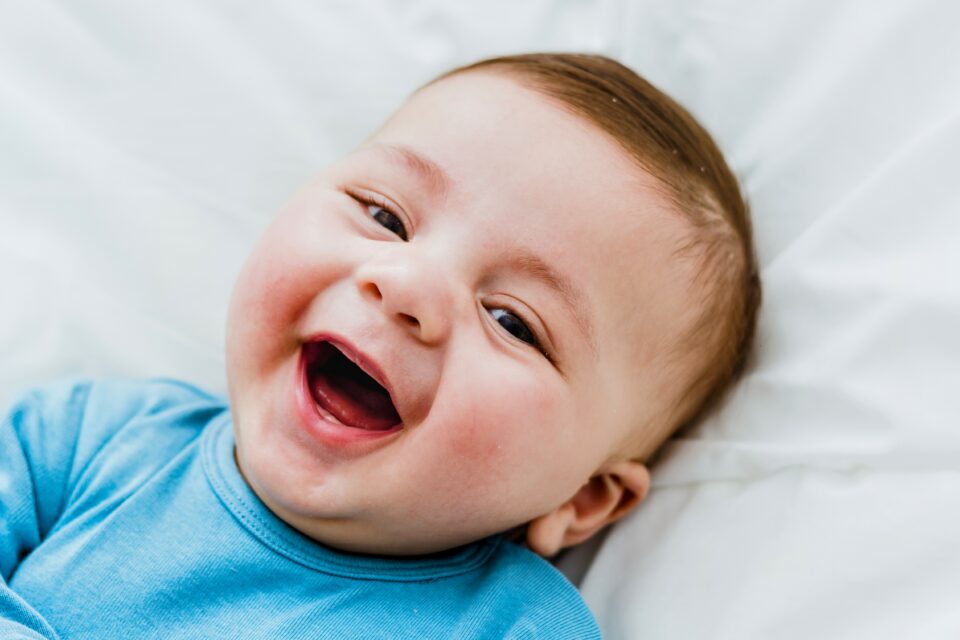 A new study led by the University of Bristol has found that children start being capable of appreciating humor from one month of age, and even begin producing their own jokes from about four months of age.

By surveying 671 infants in four countries (Australia, Canada, United Kingdom, and United States) between the ages of one and 47 months, researchers aimed to identify when humor emerges and how it develops in the first years of life.

“Our results highlight that humor is a complex, developing process in the first four years of life,” explained lead author Dr. Elena Hoicka, an associate professor at University of Bristol’s School of Education.

“Given its universality and importance in so many aspects of children’s and adults’ lives, it is important that we develop tools to determine how humor first develops so that we can further understand not only the emergence of humor itself, but how humor may help young children function cognitively, socially, and in terms of mental health.”

The researchers asked the children’s parents to fill in a 20-question survey called the Early Humor Survey (EHS). They discovered that children under one year of age appreciated physical, visual, and auditory forms of humor, including hide and reveal games (such as peekaboo), tickling, funny faces, funny voices and noises, and several other forms of bodily humor, such as adults putting a cup on their heads or sticking their heads through their legs.

Although children seemed to have a basic grasp of humor from as early as one month of age (appearing to have fun from tickling, for example), according to Dr. Hoicka, “when humor really takes off is three months.”

By 11 months of age, most of the children were able to exhibit humorous behavior themselves in order to get reactions from others, and by the time they were two years old, they were capable of language-based humor, including mislabeling, and playing with concepts and nonsense words. Around three years of age, children started playing with social rules (for instance, saying words they knew to be naughty), and began understanding tricks and puns.

According to Dr. Hoicka, these findings have the potential “to be used as a diagnostic tool in early development in terms of developmental differences, and to help inform early years educators.”

The study is published in the journal Behavior Research Methods.