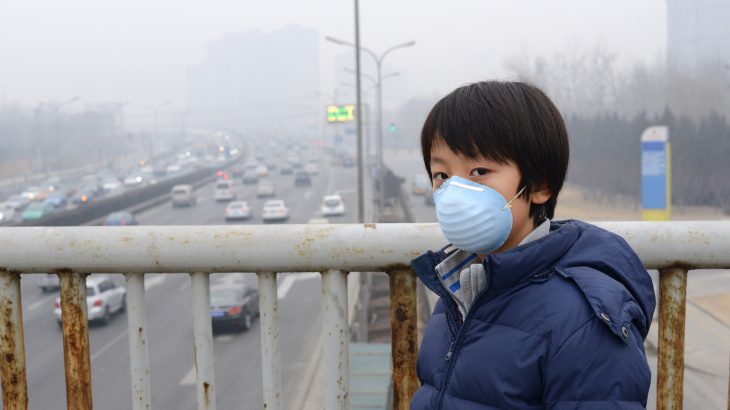 Air pollution is a leading threat to children’s health, as a new World Health Organization (WHO) report found that over 40 percent of the world’s population, including one billion children under the age of 15, are breathing unsafe air.

The report was released in advance of today’s first ever WHO conference on air pollution. The shocking findings show that in 2016, 600,000 children died due to respiratory infections from breathing polluted air. Additionally, 93 percent of the world’s children are breathing in dangerous levels of pollutants every day.

Studies have shown that air pollution stunts development, increases the risk of some cancers, and is a leading cause of early death in many countries.

“Polluted air is poisoning millions of children and ruining their lives,” said Tedros Adhanom Ghebreyesus, the WHO Director-General. “This is inexcusable. Every child should be able to breathe clean air so they can grow and fulfill their full potential.”

“Air pollution is stunting our children’s brains, affecting their health in more ways than we suspected. But there are many straight-forward ways to reduce emissions of dangerous pollutants,” added Maria Neira, the Director of the Department of Public Health, Environmental and Social Determinants of Health at WHO.

98 percent of all children under five breath in small particulate matter levels above what is considered safe, according to the WHO.

CNN reported that in India yesterday, the average level of PM2.5, particulate matter less than 2.5 micrometers in diameter, was 354 and anything over 25 is deemed unsafe by the WHO.

Children, who are lower to the ground where air pollution concentrations are higher, are more likely to suffer from air pollution because they breathe more than adults and in their early years spend more time inside near heating and cooking fumes.

The goal of the conference today is to discuss what actions are necessary to reduce air pollution, emissions, and improve air quality for the millions of people at risk of breathing in high levels of pollution.

World leaders, policymakers, government agencies, and researchers will work together to decide how to proceed in the future to lessen the threats of air pollution worldwide.

“WHO is supporting implementation of health-wise policy measures like accelerating the switch to clean cooking and heating fuels and technologies, promoting the use of cleaner transport, energy-efficient housing and urban planning,” said Neira. “We are preparing the ground for low emission power generation, cleaner, safer industrial technologies, and better municipal waste management.”