Children of divorced parents have less of the "love hormone" oxytocin • Earth.com 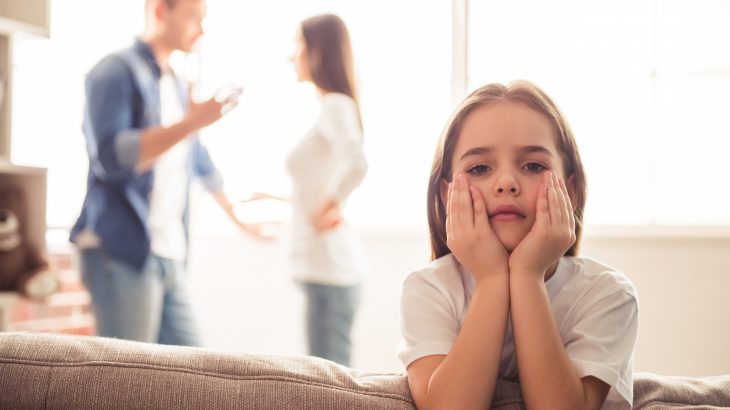 Children of divorced parents have less of the “love hormone” oxytocin

People who endured the divorce of their parents in childhood have lower levels of the “love hormone” oxytocin in adulthood, according to a new study from Baylor University. These individuals also have lower confidence levels and difficulty forming attachments compared to adults whose parents remained married.

The researchers said the study is the first step to understanding how oxytocin levels during stressful events in childhood may affect their future.

Oxytocin is secreted in the hypothalamus and released into the bloodstream as a result of bonding experiences such as giving birth or sexual intimacy. Previous studies have shown that this hormone is important for social behavior and emotional attachments in early life. The current research explores the link between early life experiences, oxytocin, and outcomes in adulthood.

Study lead author Dr. Maria Boccia is a professor of Child and Family Studies in the Robbins College of Health and Human Sciences at Baylor.

“Since the rates of divorce in our society began to increase, there has been concern about the effects of divorce on the children,” said Dr. Boccia. “Most research has focused on short-term effects, like academic performance, or longer-term outcomes like the impact on relationships. How divorce causes these effects, however, is unknown.”

“Oxytocin is a neurohormone that is important in regulating these behaviors and is also sensitive to the impact of stressful life events in early life,” she said. “This is a first step towards understanding what mechanisms might be involved.”

Researchers have previously linked parental divorce in childhood to mood disorders and substance abuse, which are behaviors related to oxytocin. In addition, childhood experiences such as divorce or death of a parent are associated with depression and anxiety in adolescents and adults, as well as with poorer parenting in adulthood.

The Baylor team examined the effect of parental divorce in childhood on later adult oxytocin levels. The participants also reported on their attachment style and other outcomes.

Individuals who had endured divorce as children rated their parents as less caring and more indifferent, and rated their fathers as more abusive. They were also found to be less confident, more uncomfortable with closeness and intimacy, and less secure in relationships.

The results of animal studies indicate that the suppression of oxytocin activity contributes to the negative effects of early parental separation.

“One of the first questions I am asked when presenting this research to other scientists is ‘does how old the child is when the divorce occurs matter?’ That is the most pressing question that we need to explore,” said Dr. Boccia.