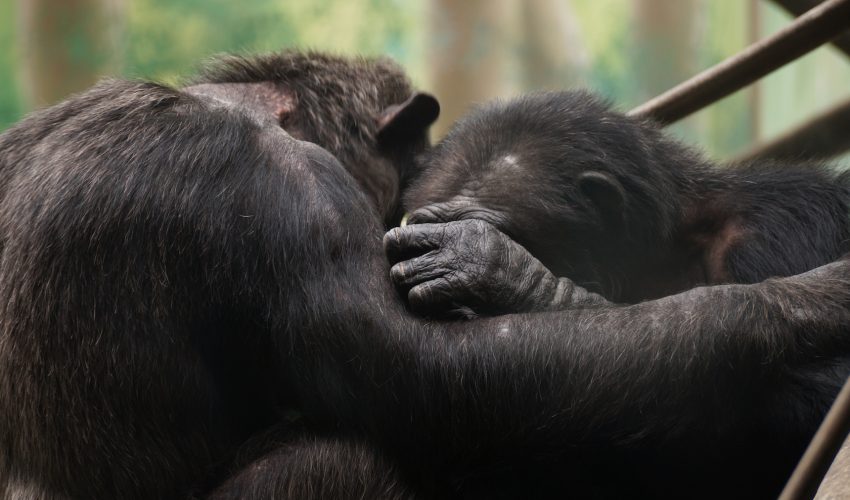 Humans, like chimpanzees, console their threatened peers out of empathy, according to a new study.

Consolation is generally defined as an uninvolved bystander initiating friendly contact with a victim of aggression. Previous research has suggested that children and chimpanzees show empathy to their peers, but there is little research on consolation in human adults.

The authors analyzed real life television footage of 249 people present in the immediate aftermath of 22 commercial robberies. They investigated whether the social closeness (for example, age similarity or being employees of the same business) and gender of the victim and the bystander affected the likelihood of physical consolation behaviour, such as a touch on the arm or a hug.

Social closeness, rather than physical proximity, was important in determining if a bystander would console a victim, which is consistent with the theory that bystanders console victims when they empathize with them. While females were more likely to console a victim, both male and female victims were equally likely to be consoled. A victim in a more threatening situation was more likely to receive consolation.

“Unique surveillance camera observations from contexts of real-life violent crimes show that human adults provide victims with consolation in ways similar to what is observed among chimpanzees,” said study lead author Marie Rosenkrantz Lindegaard of the Netherlands Institute for the Study of Crime and Law Enforcement.

Comparative research across different species can provide insight into the mental lives of animals, and should have implications for practices in behavioral science and animal research, the authors said.