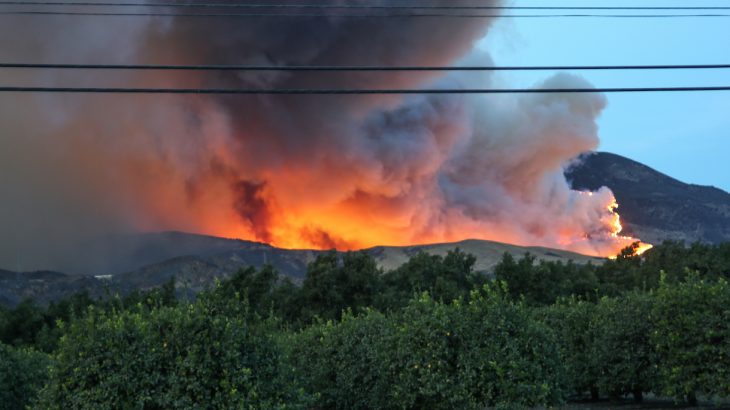 An international research team led by the University of Michigan has found that the world’s land-based ecosystems, such as forests and grasslands, are facing the threat of “major transformation” if harmful greenhouse gas emissions are not dramatically reduced.

The researchers investigated the fate of Earth’s terrestrial ecosystems by analyzing changes in vegetation that occurred during a period of post-glacial warming. Using fossil records, the experts projected future changes based on different emissions scenarios.

The team determined that if little is done to reduce harmful emissions, vegetation changes will not only be more severe than previously realized, but will also be much more widespread across the planet’s wild landscapes.

Study co-author Jonathan Overpeck is the dean of the School for Environment and Sustainability at the University of Michigan. He explained that this far-reaching ecological shift would threaten global biodiversity and disrupt critical services that are provided to us by nature, including carbon storage and water security.

“If we allow climate change to go unchecked, the vegetation of this planet is going to look completely different than it does today, and that means a huge risk to the diversity of the planet.”

Overpeck emphasized that the team’s results are not just hypothetical, and that some of the expected vegetational changes are already underway in places like the American West and Southwest, where forests are dying and massive wildfires are transforming the landscape.

“We’re talking about global landscape change that is ubiquitous and dramatic,” said Overpeck. “And we’re already starting to see it in the United States, as well as around the globe.”

The research, which took five years to complete, was developed by Overpeck in collaboration with co-author Stephen T. Jackson of the U.S. Geological Survey. The study is the first of its kind to use paleoecological data to estimate the extent of ecosystem changes on a global scale.

“We used the results from the past to look at the risk of future ecosystem change,” said study first author Connor Nolan. “We find that as temperatures rise, there are bigger and bigger risks for more ecosystem change.”

Much of the change would occur during the 21st century, and would likely continue into the 22nd century and beyond.

“A lot of the carbon now locked up by vegetation around the planet could be released to the atmosphere, further amplifying the magnitude of the climate change,” said Overpeck.

“It’s a huge challenge we as a nation and global community need to take more seriously.”