Climate change may lead to significant increases in energy use • Earth.com 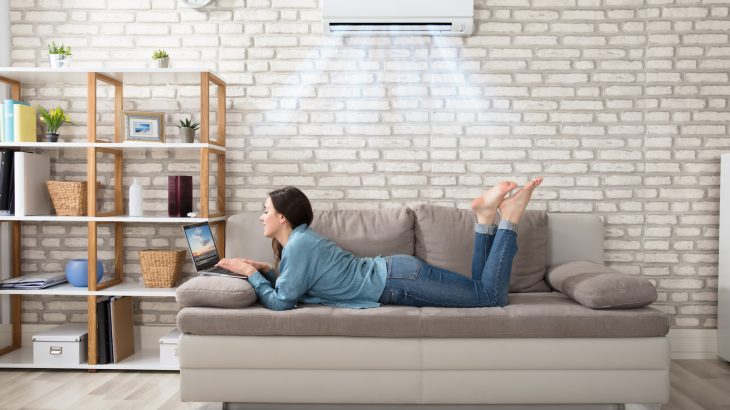 Climate change may lead to significant increases in energy use

When you turn up the heat or switch on your A/C, you’re basically attempting to combat the current climate – whether it be too hot or too cold. Ironically, the use of energy to keep ourselves at a comfortable temperature will be one of the biggest things influenced by our changing climate. In light of this, a new study published in Nature Communications explored the impacts that climate change may have on energy demand.

Past studies have mainly assessed this topic for a single country or continent, but this research was done on a global scale. The study’s authors performed a global analysis using temperature projections from 21 climate models, and population and economy projections for five socioeconomic scenarios. A statistical model was then used to calculate changes in demand for three fuels and four economic sectors under modest and high-warming scenarios around 2050.

When compared against baseline scenarios where energy demand was driven by population and income growth alone, this study found that climate change increases global demand for energy around 2050 by 11-27% with modest warming, and 25-58% with more significant warming. The highest increases were seen in southern Europe, China, and the US, as well as large areas of the tropics. This is due to electricity needed for cooling, and these increases occur in the industry and service sectors of the economy.

“An important way in which society will adapt to rising temperatures from climate change is by increasing cooling during hot seasons and decreasing heating during cold seasons,” explains study coauthor Enrica de Cian from the Ca’ Foscari University of Venice and the Euro-Mediterranean Center on Climate Change (CMCC). “Changes in space conditioning directly impact energy systems, as firms and households demand less natural gas, petroleum, and electricity to meet lower heating needs, and more electricity to satisfy higher cooling needs.”

The authors qualify their findings by pointing out that these are just representative of the initial impacts of global warming, and do not account for the additional adjustments in fuel supplies and prices or subsequent substitution responses by producers and consumers across the world that impacts may exacerbate.

“Whether future warming will cause the demand for energy to increase or decrease is a crucial question,” says study co-author Ian Sue Wing, a researcher at Boston University. “If energy use rises and leads to additional emissions of heat-trapping greenhouse gases, increased energy consumption for space conditioning could make it more difficult and costly to mitigate future warming. Quantifying this risk requires understanding how the demand for energy by different types of consumers in different climates will be affected by warming. The results of our study can in the future be used to calculate how energy market dynamics will ultimately determine changes in energy consumption and emissions.”

The study can also be used to help policymakers begin preparing for the energy increases in areas of the world where they are most likely to occur. It is clear that even the moderate levels of climate change we are likely to experience will have an impact on energy use around the world.