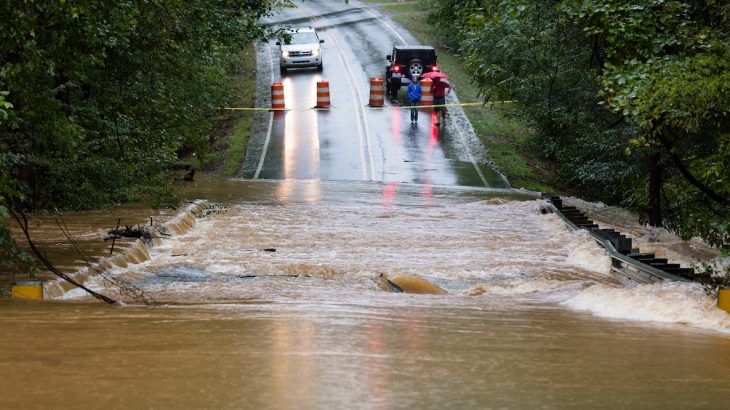 Research has shown that climate change will make weather extremes more common in the future.

120 years of data have now confirmed this theory, proving that climate change is directly linked to the increased severity and frequency of storms and floods in North Carolina.

In a new study, researchers from the University of North Carolina Chapel Hill analyzed records of rainfall, and tropical cyclones kept since 1898 for North Carolina’s coastal storms.

The data shows that major precipitation events have increased and that six out the seven highest rainfall events on record have occurred in the last 20 years.

“North Carolina has one of the highest impact zones of tropical cyclones in the world, and we have these carefully kept records that shows us that the last 20 years of precipitation events have been off the charts,” said Hans Paerl, the lead author of the study.

The trending pattern becomes even more evident when you factor in hurricanes Floyd, Mathew, and Florence, all of which occurred in the last 20 years and which brought about massive flooding.

“The price we’re paying is that we’re having to cope with increasing levels of catastrophic flooding,” Paerl said. “Coastal watersheds are having to absorb more rain. Let’s go back to Hurricane Floyd in 1999, which flooded half of the coastal plain of North Carolina. Then, we had Hurricane Matthew in 2016. Just recently we had Hurricane Florence in 2018. These events are causing a huge amount of human suffering, economic, and ecological damage.”

As significant rainfall events and storms become more frequent, it’s difficult for coastal communities to rebuild and prepare for future storms. The damage from hurricanes and tropical storms can devastate communities, displace residents, and take years to repair.

Flooded homes and streets aren’t the only major cause for concern in the study. More rain means higher riverways, more soil erosion, and increases in nutrient runoff into watersheds.

The study helps illustrate how precipitation events and their increased frequency are connected to climate change.

However, as North Carolina’s population is growing along with the global population, emissions will follow suit and continue to rise, which will increase global temperatures.

“We are in part responsible for what’s going on in the context of fossil fuel combustion emissions that are leading to global warming,” said Paerl. “The ocean is a huge reservoir that is absorbing heat and seeing more evaporation. With more evaporation comes more rainfall.”