Climate change may be increasing risk of fungal diseases • Earth.com 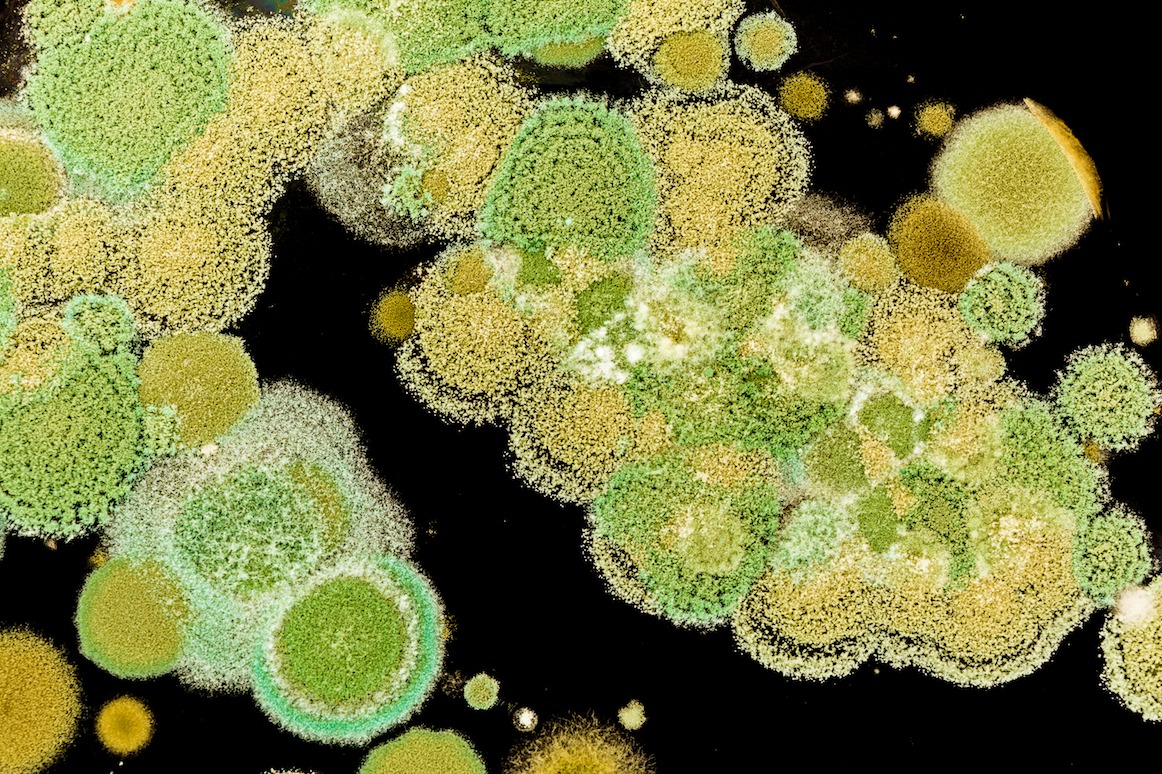 Climate change may be increasing risk of fungal diseases

When I took mycology class, it was like getting a glimpse into a secret world hidden all around us.  If you create a small batch of clear, gelatin like medium and poor it into a petri dish, you have a sure fire place to grow molds.  In college mycology class, we placed our little dishes with thin layers of gel everywhere, in a living room, in the kitchen, even under the bed and mold spores found their way to them.  Within a day of exposure, you could see little growths.

Growing molds doesn’t seem very exciting, certainly not very hard.  It seems like mold jumps out of cheese, old bread, fruits; appearing everywhere.  The thing to remember is this: if mold starts growing on that old piece of bread or that cheese left too long, it had to get there from somewhere.  The lasting lesson of our little culture dishes is that mold spores are always floating through the air. When we created our medium, we sanitized and sealed the petri dishes with the medium within, this means any mold already there was killed.  Any mold we found on the dish later came from the surrounding air, air we’re constantly breathing in and walking through.

MoldBacteriaConsulting.com dryly cites the amount of mold spores a person can be easily exposed to:

One lecture in mycology focused on all of the infections a person could get from fungi. A yeast infection is a type of fungal disease, as your skin can be infected by tiny fungi if your immune system is compromised.  In the tropics, it’s not uncommon for an infection to occur under a toenail. The reason we don’t all suffer from constant fungal disease is our immune system is pretty good at fighting back the spores and a lot of fungi don’t like the high mammalian body temperature.

Sometimes fungi do evolve particularly as pathogens though.  I’ve crawled into caves to find bats hiding in the small cracks in stone as part of a team looking for answers.  The bats in hibernaculas (caves and other shelters where bats hibernate through winter) have become especially vulnerable to a type of fungi.  The fungi infect bats, giving them noses that look as if they’ve been dusted by a white powder. The disease known as White Nose Syndrome disrupts a bat’s hibernation, causing the animal to wake early and fly outside to search for food.  Often in the cold days of winter, bats can’t find the insects they’re accustomed to eating and they either starve to death or die slowly of exposure.  It seems the fungi, Pseudogymnoascus destructans, that causes White Nose Syndrome doesn’t hurt bats until hibernation occurs.

Debates have raged between cavers and scientists over how the fungi disease has arrived in the United States but it seems like it might be here to stay, at least in some locations.  Originally, Pseudogymnoascus destructans was found in Europe where bats generally don’t show signs of White Nose Syndrome, but was carried to the US where the disease is now rampant.  Scientists often blame incautious cavers for spreading the disease from cave to cave by not properly decontaminating equipment. Cavers on the other hand feel they can play a role by documenting occurrences of the disease and educating the public, arguing that knowledge and first hand caving experience is important.

Whitenosesyndrome.org tells the story of how the disease was found in the US, first discovered in the US in a cave near Albany New York in 2007 from the presence of sick and dying bats.  A photo a caver took of a bat with a white nose from 2006 shows that the disease was already in the US for a year before scientists confirmed its presence.

It’s likely that White Nose Syndrome rode on a caver’s boot, an unwashed flashlight, a helmet or other caving equipment from Europe to the US.  Once here, White Nose Syndrome has been spreading, although it’s yet to get a real foothold in most of the western US that is many scientists’ greatest concern.  It’s possible that the climate in the west isn’t amicable to Pseudogymnoascus destructans, it’s also possible that educating cavers on the importance of decontaminating their equipment has slowed the spread of the disease.

The data I’ve collected on cave ecology in Arizona and bat sound recording devices I’ve set up in Colorado has been part of an effort to understand bat behavior and cave environments before White Nose Syndrome takes hold.  It’s thought that if we can find places the disease doesn’t take control and see the early signs of White Nose Syndrome infection, we might be able to prevent outbreaks.

Another fungal disease in amphibians mirrors certain aspects of White Nose Syndrome. Amphibians dying in larger than normal numbers in Australia through the late 90s and early 2000s have been attributed to Chytridiomycosis.  Chytridiomycosis is a disease caused by the fungus Batrachochytrium dendrobatidis (BD).  Infections from BD have become widespread across many frog species, some salamanders and even a caecilian (strange worm-like amphibian from the tropics).  According to AmphibiaWeb, Chytridiomycosis has led to extinction or severe decline in at least 200 frog species.

Skin of infected tadpoles and froglets develops into thicker skin that doesn’t allow as much exchange of gas as normal frog skin.  Eventually deformities in the skin thickness can lead to death from cardiac arrest. Some species of frog can survive low levels of BD infection, which allows them to spread the disease to more susceptible species that die with low levels of exposure.  Since the discovery of Chytridiomycosis, the disease has been found throughout the Americas, Europe, Africa and in pockets of Asia. Sometimes the disease is spread by the pet trade, when infected frogs are caught and transported internationally to become captive pets.

Similar to Chytridiomycosis in frogs, a fungal disease has been infecting snakes in North America.  The disease caused by the fungus Ophidiomyces ophiodiicola has been simply dubbed, Snake Fungal Disease (SFD), and was only recently discovered in 2013.  The symptoms of SFD vary depending on the species of snake infected. Snakes facial swelling, clouded eyes, skin problems and problems with venom glands, possibly liver and lungs can be affected by SFD as well.

According to the USGS, reported cases of SFD are increasing and the disease is probably more widespread than currently documented across 13 US states.  SFD is thought to most impact already small, isolated and threatened species of snake, potentially pushing some species over the brink into extinction.

What’s strange about all of these fungal diseases is that they’ve only fairly recently spread or even been documented at all.  It seems there must be a common factor that drives the spread of dangerous fungi across the world. There is a parallel in human diseases as well.

AIDS victims with their limited immune systems often suffer from increased fungal infections. According to an article on Ensia.com, cryptoccosis, a fungal disease, became diagnostic of AIDS in the 1980s.  Oddly in 1999, several people uninfected by HIV on Vancouver Island, Canada were diagnosed with cryptoccosis.  It appears that a new strain of the fungal disease had developed, and it appeared far from the tropics where most fungal diseases do well.  Other fungal diseases such as those that hit crops are also spreading.

The common thread to all of these fungal diseases appears to be environment.  As our climate changes, it appears that fungi and the diseases they cause have been spreading to new environments or evolving to take advantage of the new situation.  As the climate changes, we may expect a new crop of diseases. It’s not just fungi either. National Geographic reported in 2017 the possibility of many tropical diseases such as West Nile and Malaria becoming more widespread (that is, spreading towards the poles) as climate continues to warm.

As our Earth becomes sicker from the spread of toxic carbon, it should really come as no surprise that the planet’s inhabitants might also become sicker.