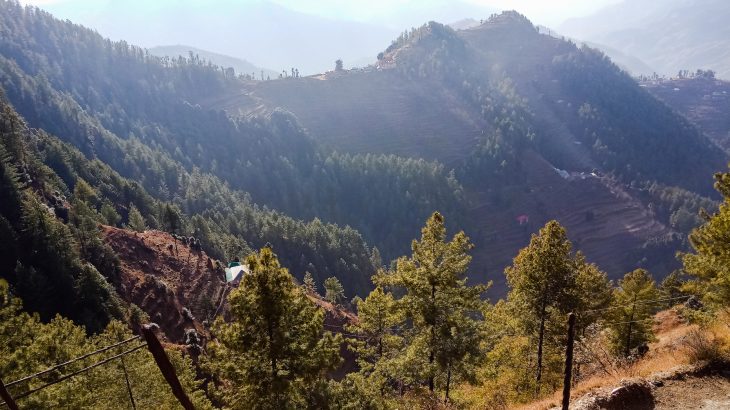 One of the biggest concerns that scientists have about the impacts of climate change is that carbon emissions are increasing temperatures at too fast a rate for plants and animals to adapt.

This means that in the coming decades, biodiversity could drastically decrease and our Earth will look very different from how it does today.

Researchers from the University of Arizona (UA) led a study published in the journal Science that projected the future of vegetation on Earth based on how plant life changed at the end of the last ice age.

When the planet warmed at the end of the last ice age, it drove major changes in the global landscape, which could happen over a rapidly increased rate in the next 100 years unless greenhouse gas emissions are reduced.

“We found that ecosystems all over the globe experienced big changes,” said Connor Nolan, a doctoral candidate in the UA Department of Geosciences and the lead author of the study. “About 70 percent of those sites experienced large changes in the species that were there and what the vegetation looked like.”

First, the researchers compiled data from published reports on how vegetation changed after the last age for 594 sites around the world.

The vegetation, climate, and ecological data included information on every continent except Antarctica and covered a period from 21,000 years ago (the height of the last ice age) to the pre-industrial era.

For each site, Nolan had experts weigh in to determine if the vegetation change in a particular area was low, moderate, or large. Using these quantifiers, the researchers were able to better compare the sites and changes through the years.

The areas that had largest increases in temperature since the ice age also had the biggest documented changes in vegetation.

More than 67 percent of the 594 sites had high or large changes in vegetation and 26 percent experienced moderate changes according to the experts who were part of the study.

Once the researchers knew how temperature changes had impacted vegetation around the world, that data was used to project future vegetation changes based on various greenhouse-gas emission scenarios.

Since the last ice age, the Earth has warmed seven to thirteen degrees Fahrenheit. Climate

change research suggests that greenhouse gas emissions will drive temperatures to increase as much if not more in the next 100 to 150 years.

If this happens, the new study shows that it will completely change the Earth’s vegetation and threaten global biodiversity.

“If we allow climate change to go unchecked, the vegetation of this planet is going to look completely different than it does today, and that means a huge risk to the diversity of the planet,” said Jonathan Overpeck, a co-author of the study. “We’re talking about the same amount of change in 10 to 20 thousand years that’s going to be crammed into a century or two,” he said. “Ecosystems are going to be scrambling to catch up.”