Thousands of hospitalizations or deaths attributed to climate events in 2012 • Earth.com 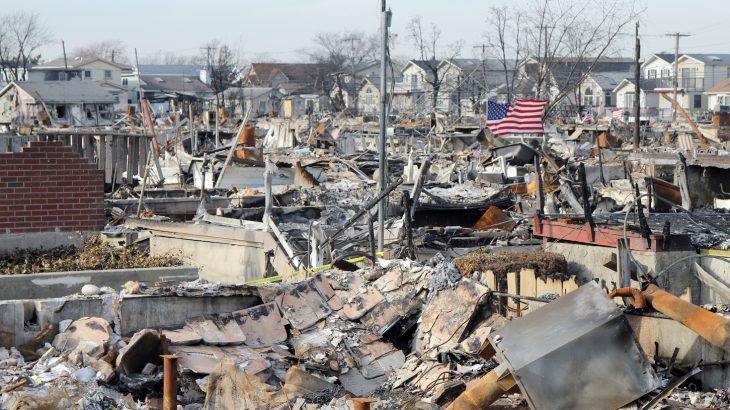 Thousands of hospitalizations or deaths attributed to climate events in 2012

A new study from experts at Columbia University, the University of California, Los Angeles, and the Natural Resources Defense Council (NRDC) has found that climate change caused about 900 deaths, 21,000 hospitalizations, and $10 billion in additional health care costs in 2012 alone.

According to those experts, these findings show that climate change “represents a major public health emergency” in the United States.

To come to their conclusion, experts analyzed the effects of 10 climate-sensitive events that took place in the U.S. within the year 2012: wildfires in Colorado and Washington, ozone air pollution in Nevada, extreme heat in Wisconsin, the Lyme disease outbreak in Michigan, the West Nile virus outbreak in Texas, extreme weather in Ohio, the impact of Hurricane Sandy in New Jersey and New York, allergenic oak pollen in North Carolina, and algal blooms off the Florida coastline.

“Applying a consistent economic valuation approach to published studies and state estimates, we estimate total health-related costs from 917 deaths, 20,568 hospitalizations, and 17,857 emergency department visits of $10.0 billion in 2018 dollars, with a sensitivity range of $2.7-24.6 billion,” the experts report in their study, published in the journal GeoHealth.

The research shows that Hurricane Sandy had the most devastating impact, having resulted in 300 deaths and $3.1 billion in extra medical care bills.

And the wildfires in Colorado caused 32,000 residents of Colorado Springs to evacuate. Over 4,100 wildland fires were reported in Colorado during the 2012 wildfire season, which lead to the destruction of 648 structures, 384,803 acres of land, and to the deaths of six people.

“Climate change represents a major public health emergency. But its destructive and expensive toll on Americans’ health has largely been absent from the climate policy debate,” said lead author Dr. Vijay Limaye, a scientist in NRDC’s Science Center. “Our research shows that health-related costs added at least another 26 percent to the national price tag for 2012 severe weather-related damages.”

“This continuing untold human suffering and staggering cost is another reason we must take assertive action to curb climate change now,” he continued. “Cutting greenhouse gas pollution and expanding clean energy, while also investing in preparedness and climate adaptation, is the prescription for a safer, healthier future.”

In the seven years following 2012, annual temperatures have continued to rise. The five hottest years on record have all been in the last five years, and these extreme temperatures have caused weather disasters resulting in damages that have exceeded the $11 billion spent in 2012, according to the National Oceanic and Atmospheric Administration (NOAA).

And NOAA’s extreme weather cost estimates do not include additional health care costs.

“Our research signals that all told, there could be tens to hundreds of billions of dollars in health costs already from recent climate-related exposures nationwide,” added coauthor Dr. Kim Knowlton, senior scientist at NRDC. “It’s clear that failing to address climate change, and soon, will cost us a fortune, including irreversible damage to our health.”