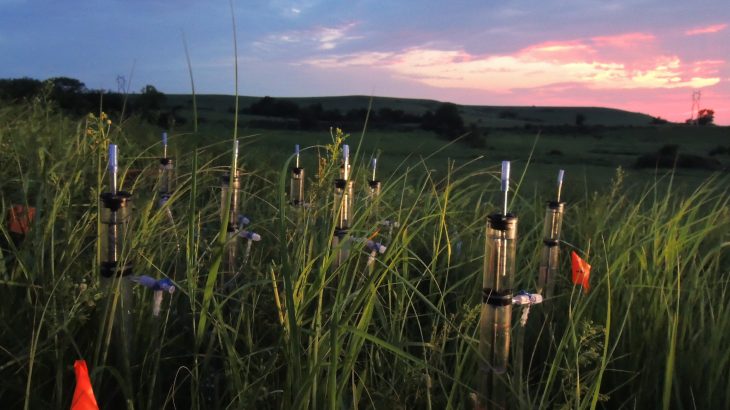 How climate change could negatively impact soil and threaten crops

A new study has revealed how climate change may negatively impact soils, posing a threat to water sources and crops.

But now, researchers from Rutgers University have revealed how climate change could also alter how soils absorb water.

How moisture, air, and CO2 infiltrate into the soil is crucial for healthy crops and vegetation.

Water in the soil helps to store carbon, but if soils become degraded and less water infiltrates down into the ground, it could lead to higher levels of atmospheric CO2.

“Since rainfall patterns and other environmental conditions are shifting globally as a result of climate change, our results suggest that how water interacts with soil could change appreciably in many parts of the world, and do so fairly rapidly,” said Daniel Giménez, a co-author of the study. “We propose that the direction, magnitude, and rate of the changes should be measured and incorporated into predictions of ecosystem responses to climate change.”

Giménez conducted a soil study last year and discovered that increases in precipitation reduce the soil’s ability to absorb water, leading to erosion and an increased risk of flash floods.

Water infiltration rates can change as precipitation increases, and with less water making its way down into the soil, there will be less water available for plants and crops.

One long-term experiment led by Rutgers researchers found that a 35 percent increase in rainfall over 25 years in Kansas resulted in a 21 to 33 percent decrease in water infiltration rates.

With more rain, plants were spreading their thick roots and clogging the once porous soil leaving less room for water.

The Rutgers team will next investigate how increases in precipitation due to climate change will impact water infiltration and soils in other parts of the world.