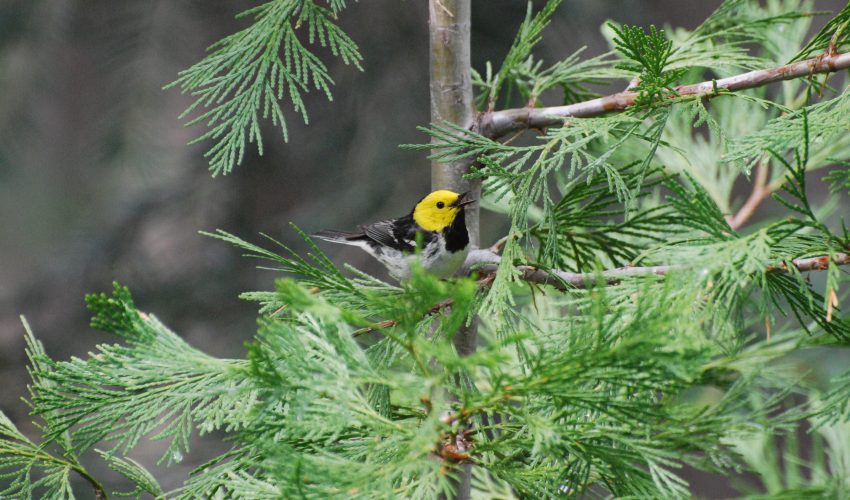 Climate change has far-reaching effects that involve more than just the weather. A recent study from The Condor: Ornithological Applications has scientists concerned that the annual migration of birds – and their corresponding reproduction – will be thrown out of sync with the seasons.

If climate change makes it more difficult for certain bird species to adjust their breeding behavior, they may be unable to match the timing of raising their young to their habitat’s availability to food resources.

The study involves researchers monitoring birds’ songs, as they are correlated with their breeding behavior and can be used to easily identify a bird species. Brett Furnas and Michael McGrann – from the California Department of Fish and Wildlife and William Jessup University, respectively – analyzed data from two bird survey programs from California’s Klamath Mountains and Southern Cascades. Between 2009 and 2011, the researchers used automated recorders to monitor bird sounds and provide new baseline data for the birds of northern California.

“Climate change is disrupting songbird populations, distributions, and breeding behaviors in our mountain ecosystems,” McGrann explains. “Mountains are particularly sensitive because temperature and precipitation interact in complex ways on mountains.”

In the first comprehensive assessment of songbird occupancy in a 40,000 square kilometer region of northern California, the researchers identified the precise dates of peak vocal activity for eight songbird species. Furthermore, this strategy proved to be a feasible method of tracking changes in the timing of songbirds’ vocal activity for years to come. “Our technique should allow us to track shifts in elevation, changes in the state of the population, and changes in breeding behaviors in response to climate change over the next ten to twenty years,” says McGrann.

Overall, this study was able to detect differences in timing of nesting among bird species through analyzing the peak date of singing gathered from automated recorders. UC Berkeley’s Steve Beissinger, an expert on avian phenology who was uninvolved in the study, states “Their results support recent findings of a five to twelve day shift forward in the timing of peak singing by California birds in the nearby Sierra Nevada and coastal ranges in response to climate change.”