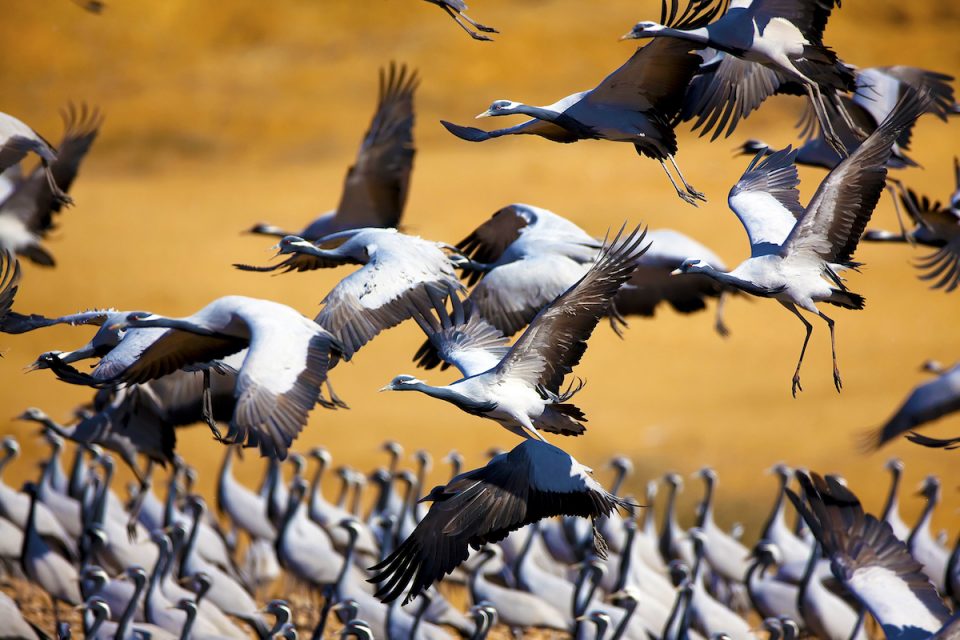 Birds that migrate every year are finding themselves in a similar conundrum. But instead of being forced out of their habitats, their usual resting grounds along their migration routes are no longer viable areas for either rest or food.

As migratory birds make their way to their breeding habitats, the usual rest stops they take along the way may no longer provide abundant sources of insect larvae that have fueled birds for generations before.

Imagine driving your car, and you see the fuel is low. You know that there’s a gas station along the way, but when you stop to fill up, you see that the station is out of gas and you might have to drive another 20 or so miles to fuel up. If your car is running on empty, another 20 miles could be an impossible feat.

This is becoming an increasingly common problem for migrating birds, and it all has to do with how climate change impacts seasonal cycles.

Spring is occurring earlier, and winters are shorter in many places worldwide. Summers are getting hotter, and all these contributing factors are causing drastic changes in plant and animal cycles.

Phenology is the study of animal cycles in relation to the seasons and climate, and climate and conservation research must include phenology to mitigate biodiversity declines.

An early spring can be devastating for a migrating bird.

“As they cross states and continents, their stops to rest may no longer match up to hatching insects, blooming flowers and fruiting trees,” Miller wrote.

Even in a small geographical area, topographical changes can influence seasonal changes. For example, while flowers may be blooming in one area, higher elevations may have slower seasonal progressions.

The Nature Conservancy is currently involved in a project called Conserving Nature’s Stage, and it’s a program aimed at including in topography and other geographical factors into conservation efforts.

If migrating birds find food scarce in one area, conservation could ensure that food sources are abundant nearby by ensuring that important sites are connected by land cover and easily accessible by birds.

“Basically, conservation planning has to help hedge bets for birds,” Kim Hall, climate change scientist for the Nature Conservancy, told Miller. “They may not find insect larvae in one site, but in a lower elevation area, or on the cooler side of a hill, or near a cold groundwater-fed wetland, the larvae may still be abundant and available.”