Why solutions for climate change need to focus on oceans • Earth.com 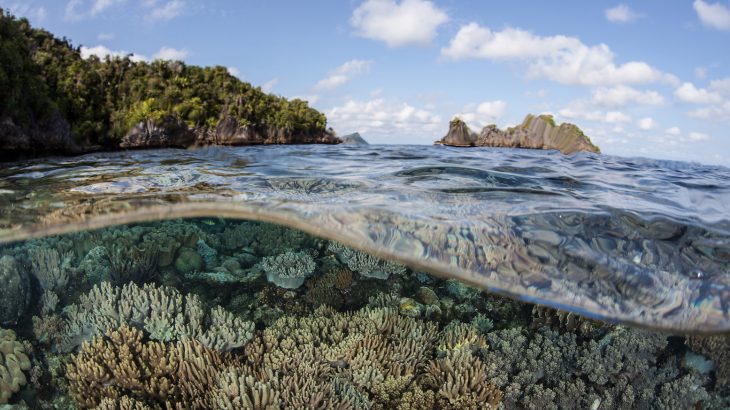 Why solutions for climate change need to focus on oceans

Climate change is coming – if it’s not already here – and scientists around the world are working hard to find ways to combat it. One of the most recent and involved efforts comes from a team of over a dozen international researchers from the Ocean Solutions Initiative, including scientists from the CNRS, IDDRI, and Sorbonne University.

The researchers have published a report in Frontiers in Marine Science in hopes that decision-makers gathering in Poland for the COP24 conference this December will take their data seriously. A major part of this report is an evaluation of the potential of thirteen ocean-based measures to counter climate change.

Our oceans help regulate global warming by acting and both a carbon and heat sink. But they perform this duty at the cost of far-reaching effects that affect our marine physical and chemical processes, ecosystems, and the benefits they provide to our species.

In this report, the researchers from the Ocean Solutions Initiative provide a first of its kind review of thirteen ocean-based measures, including local and global actions, that could potentially reduce the effects of climate change, or at least aid in our adaptation to a changing climate. They selected these measures based entirely off the frequency with which they are mentioned in scientific literature.

The measure with the highest potential for immediately addressing the causes of climate change was found to be a switch to ocean-based renewable energy.

“Not only do offshore wind farms, wave energy and other ocean renewables have a very large potential to reduce carbon emissions, but they are also cost-effective and ready to be implemented at a large-scale,” says study co-author Dr. Alexandre Magnan of France’s Institute for Sustainable Development and International Relations.

Unfortunately, many of the other measures would be too costly or result in other – potentially more disastrous – environmental impacts. “Our study shows that all measures involve trade-offs and decisions should consider their relevance in terms of costs, benefits and ease of governability,” says Magnan. “The potential for ocean-based options to address climate change and its impacts is very high and depends on societies’ ability, from local to international levels, to decide about the right combination of measures.”