All mention of climate change removed from federal websites • Earth.com 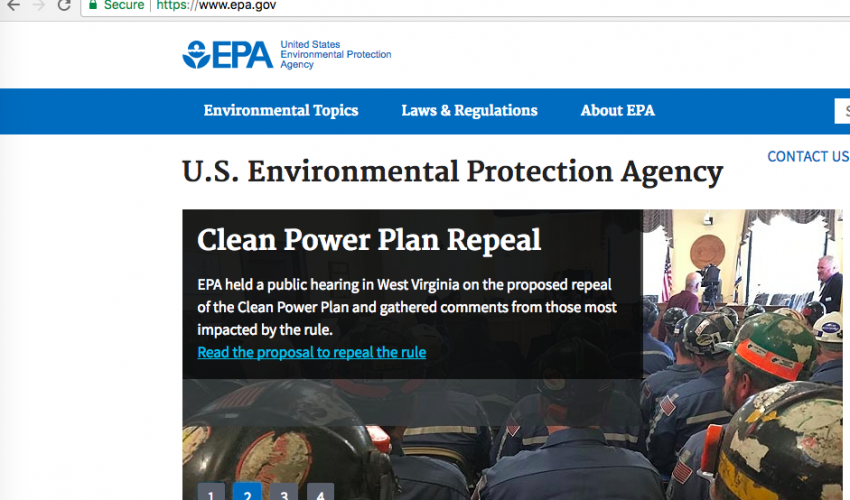 All mention of climate change removed from federal websites

The battle against climate change and the Trump administration have always been at odds. Since taking office just under one year ago, President Trump has quickly undermined, erased, and reversed as many climate change mitigation policies as possible.

Trump withdrew the United States from the landmark Paris Climate Accord, suggested that the solution to cold winter weather was a little bit of “good old global warming,” and has publicly promised to revive the coal and fossil fuels industry.

But now, a new report conducted by the Environmental Data and Governance Initiative (EDGI) details how many federal websites have removed any mentions of climate change and renewable energy throughout the first year of Trump’s presidency.

The EDGI is a collaborative effort between academics and non-profits whose aim is to make government data openly available, and the agency monitors federal websites in order to record any changes made.

The report, released this week, reveals a dramatic shift in how federal agencies discuss climate change, often removing the mention of greenhouse gas emissions and altering tone and verbiage across different web pages.

It’s something the EDGI calls “science cleansing,” and it’s a tactic that doesn’t fix the problems of global warming but, instead, just confuses the issue.

“We have found substantial shifts in whether and how the topic of climate change and efforts to mitigate and adapt to its consequences are discussed across a range of federal agencies’ websites,” the report reads.

Some of the key findings include the Environmental Protection Agency’s removal and overhaul of its climate change websites, the subject of climate change being left out of issues on the White House website, and renewable energies being downplayed on many websites.

The EDGI is committed to holding the Trump administration accountable and is working to make the public is aware of these changes in messaging regarding the urgent issue of climate change.