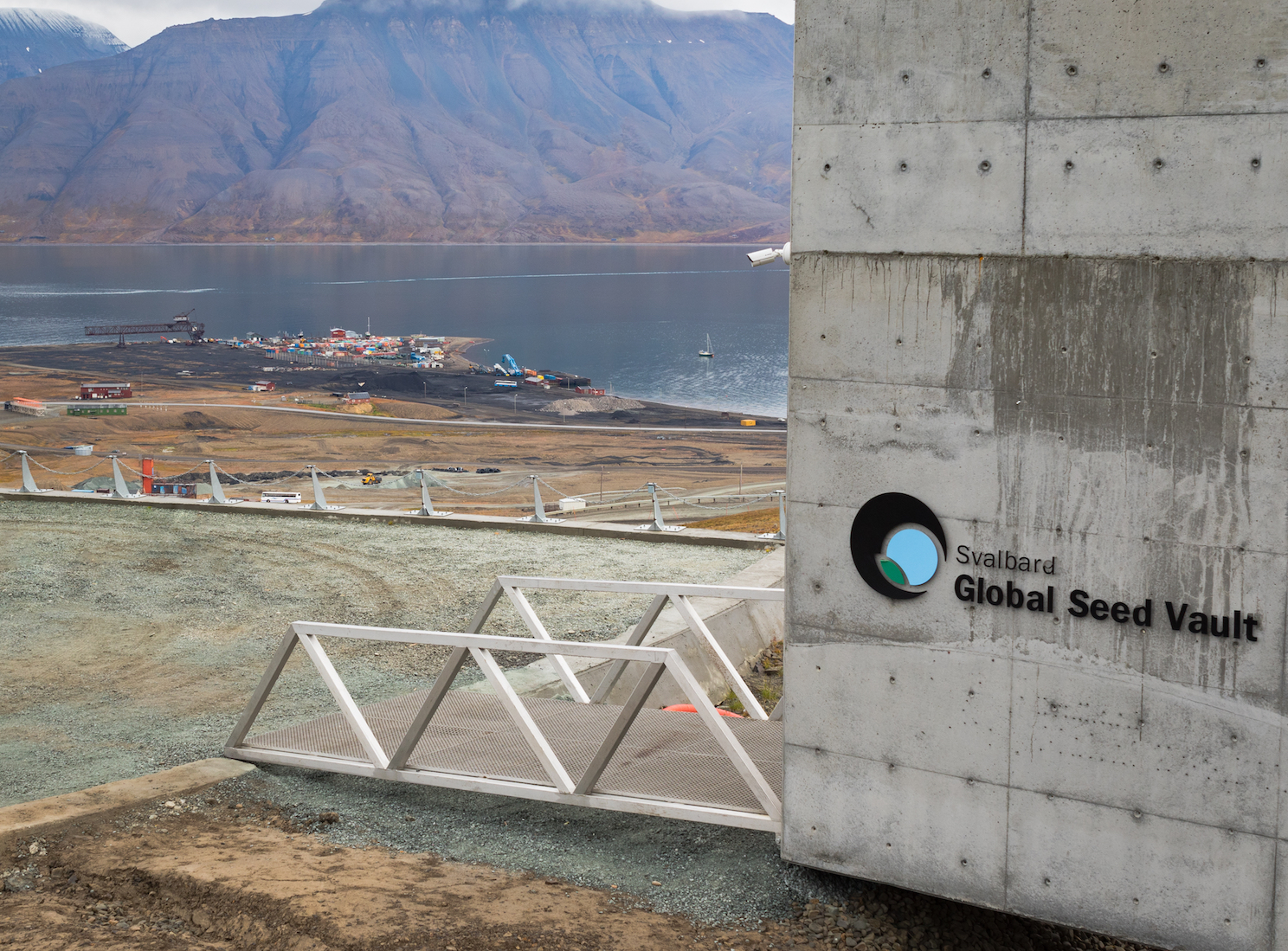 On a remote Norwegian island covered with ice, an abandoned coal mine has been converted into a massive vault to store the seeds of worldwide species so that they can be accessed in the event of a catastrophe. The security of the “doomsday” seed vault has been threatened by climate change, and Norway responded with a $13 million plan to reinforce it.

The Svalbard Global Seed Vault was built on the island of Spitsbergen about 800 miles from the North Pole. Since it opened in 2008, the seed bank has accumulated over a million seed samples from thousands of species.

While the vault was designed to survive a disaster as destructive as nuclear war, an unprecedented Arctic warming event led to a structural failure in 2016. Historically warm temperatures caused rain to fall across the Arctic region instead of snow, and the entrance to the vault was exposed.

Hege Njaa Aschim, a representative of the Norwegian government, told The Guardian:

“It was not in our plans to think that the permafrost would not be there and that it would experience extreme weather like that. A lot of water went into the start of the tunnel and then it froze to ice, so it was like a glacier when you went in.”

The meltwater did not do any harm to the seeds, but it did cause experts to reevaluate the security of the vault. Norway has now developed a $13 million construction plan to further safeguard the seed bank.

According to Norway’s Ministry of Agriculture and Food, the modification of the seed vault will include “construction of a new, concrete-built access tunnel, as well as a service building to house emergency power and refrigerating units and other electrical equipment.”

On February 26, a ten-year-anniversary celebration was held at the seed vault, as representatives of international seed banks carried in 76,000 new samples for storage.

“It is simply impressive that 1 million seed samples from all over the world have now found their way to the Svalbard Global Seed Vault,” said Dale. “It confirms the important role of the seed vault as a worldwide insurance for food supply for future generations and an ever-growing population.”