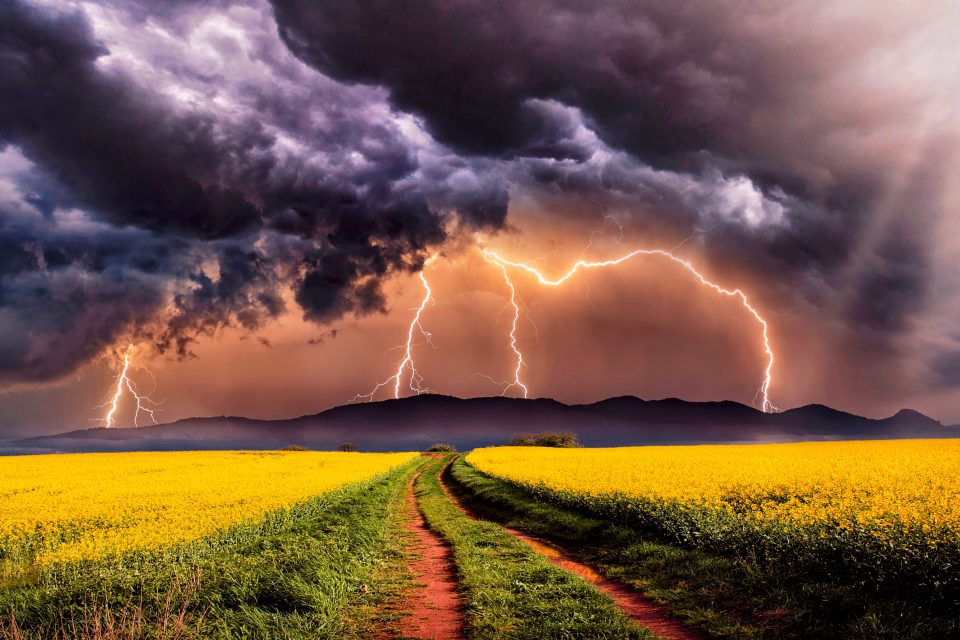 “Thunderstorms in the Southern Great Plains of the United States are among the strongest on Earth and have been shown to be increasing in intensity and frequency during recent years,” explained the researchers.

“Assessing changes in storm characteristics under different climate scenarios, however, remains highly uncertain due to limitations in climate model physics.”

The current study was focused on isotopes from Texas cave stalactites that date back between 30,000 and 50,000 years. The researchers analyzed oxygen isotopes contained in the stalactites to identify thunderstorm trends of the past.

“Storm regimes shift from weakly to strongly organized on millennial timescales and are coincident with well-known abrupt climate shifts during the last glacial period,” the study authors found.

“Modern-day synoptic analysis suggests that thunderstorm organization in the Southern Great Plains is strongly coupled to changes in large-scale wind and moisture patterns.”

According to the experts, understanding these changes will not only help reconstruct past thunderstorm patterns, but will also help predict the mid-latitude patterns that will emerge in the decades to come.

“Proxy records are available in the Southern Great Plains within caves,” said study co-author Christopher Maupin. “There are probably thousands of caves in Southern Great Plains and in southern Texas. Why hasn’t more research occurred in those areas? Cave deposits are so promising as proxies.”

Study co-author Courtney Schumacher said that scientists understand modern-day rainfall patterns. “However, we don’t know what will happen in the future, and this work will help predict trends of storms in the future,” said Schumacher. Climate variability is driving more intense thunderstorms

“If we can run a climate model for the past which is consistent with cave records, and run that same model moving forward, we can trust its findings more if it matched the cave records versus if they didn’t. Out of two models, if one really matches the cave isotopes then you can trust that one in understanding storm distribution in the future.”

“There are really important questions about what has happened in the past regarding big weather events we get through mesoscale convective systems (large storms) versus non-mesoscale (smaller storms) stuff.”

“We get so much precipitation from really big storms, and model grids can’t capture big weather events, because the grids themselves are so big. Paleoclimatology helps with organizing past events to develop a proxy record of how they respond to mean climate.”

Schumacher noted that large storms which cover hundreds of miles provide around 50 to 80 percent of the rainfall in Texas.

“These thunderstorms are so big that even if most of the rain occurs in Oklahoma, rain in Texas will still carry isotopic signature of these huge storms,” said Maupin.

“You’re fingerprinting these systems despite where they occur, and they don’t have to be super localized to be recognized. Big storms cause depleted isotopic signatures. You can’t explain the variability in stalactites with temperature changes alone.”