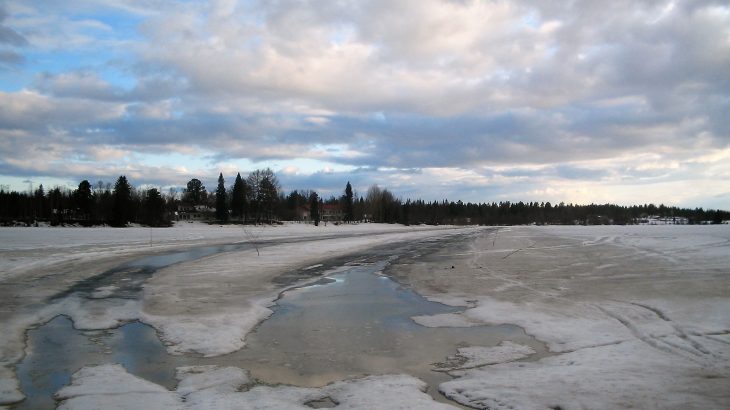 Discussion surrounding the impacts of climate change typically include all the usual suspects such as sea level rise linked to sea ice melt, or increases in global temperatures linked to increases in atmospheric greenhouse gas emissions. What might not immediately come to mind is how cloud cover impacts temperatures.

This is because the feedback loop between cloud cover and temperature, although a crucial player in climate change, is little understood among researchers and a major uncertainty in climate modeling.

Northern Fennoscandia, which encompasses parts of Finland, Norway, and Sweden along with the Scandinavian Peninsula, has not experienced the same rates of summer warming as other parts of the world due to climate change.

The region should be strongly affected by climate change, but temperature trends tell a different story, and the researchers theorize that increases in cloud cover over northern Scandinavia are keeping the region relatively cool.

“The surface warming caused by rising greenhouse gases is modified by many complicated feedbacks – one thing changing in response to another – meaning that there are large geographical variations in the temperature of a particular place at a particular time, as the global average temperature rises. One of the most important, and most poorly understood, climate feedbacks is the relationship between temperature and clouds,” said Mary Gagen, an author of the study. “We might think that, simply, when it is cool it is cloudy, and when it is warm it is sunny, but that is not always the case.”

For the study, the researchers analyzed tree ring records, using both tree ring width and carbon measurements to help reconstruct summer cloud cover over the years for northern Scandinavia.

Tree rings can tell researchers much more than just the age of the tree including how cloudy it was when each ring was formed.

“We found that over short timescales, increased cloud cover lead to cooler temperatures and vice versa in the past,” said Danny McCarroll, a co-author of the study.”

However, McCarrol also explained that over longer periods of time, from decades to centuries, cloud cover correlated with warmer cycles and reduced local temperatures.

“One of the main sources of uncertainty about future climate change is the way that clouds are going to respond to warming, cloud cover has a really big influence on temperature at the surface of the Earth,” said Gagen. “What is really worrying is that climate models have shown that, if greenhouse gas emissions are allowed to continue…then some of the most important clouds for cooling our planet, the big banks of oceanic clouds that reflect a lot of sunlight back to space, could stop forming altogether and this would really accelerate warming.”