High CO2 levels could cause stratus clouds to break up and disappear • Earth.com 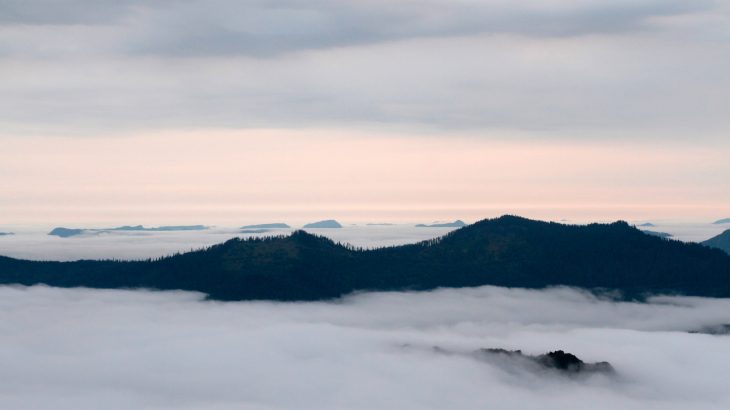 50 million years ago, the Arctic was very different from the Arctic we know today. Geological records show that during the Eocene, the North Pole was inhabited by crocodiles and resembled a palm tree covered landscape similar to Florida.

Researchers have long wondered what could have caused such a drastic spike in global warming. But now, a new study conducted by researchers from the California Institute of Technology may have solved a piece of the riddle.

The new modeling study, published in the journal Nature Geoscience, emphasizes an overlooked consequence of atmospheric carbon dioxide and shows that if CO2 concentrations reach a certain point, marine stratus clouds could disappear.

Without marine stratus clouds, the Earth would experience a spike in warming as those clouds help cool the Earth and reflect sunlight.

The researchers found that if CO2 concentrations rise above 1,200 parts per million, marine stratus clouds will become unstable, disappear, and global temperatures could increase by 14 degrees Fahrenheit.

“I think and hope that technological changes will slow carbon emissions so that we do not actually reach such high CO2 concentrations. But our results show that there are dangerous climate change thresholds that we had been unaware of,” Tapio Schneider, the lead author of the study.

While marine stratus clouds are a key part of regulating surface temperature, the air currents that sustain the clouds are impossible to model on a global scale because of their small size.

The researchers found a way to bridge this hurdle in climate modeling by developing a small-scale model to mimic the atmosphere above a subtropical ocean.

The model simulates clouds and turbulent air motion using supercomputers and the researchers found that when CO2 levels reached a certain point (exceeding 1,200 parts per million), the cloud decks covering the ocean became unstable and disappeared.

Furthermore, the model projected that the stratus clouds would not reappear until CO2 levels were lower than what they had been before the clouds destabilized.

Disappearing marine stratus clouds could explain what caused the Eocene’s spike in temperature, as previous models showed that CO2 concentrations would have had to more than double to create such a warm climate.

“This research points to a blind spot in climate modeling,” said Schneider.