Cloud cover will have a big impact on the future of Greenland’s ice sheet • Earth.com 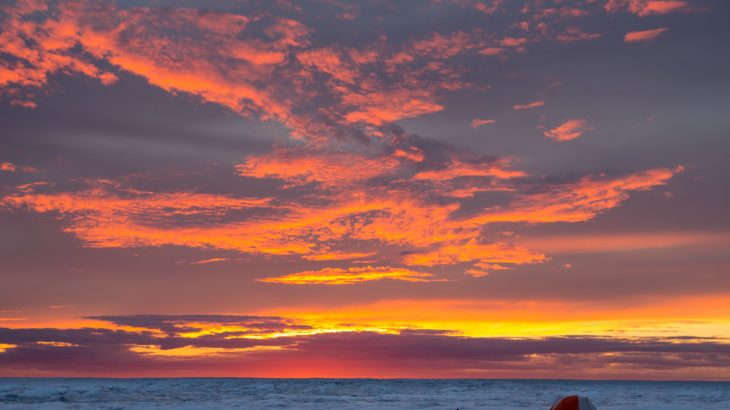 Models projecting the impacts of climate change on Greenland’s ice sheet have drastically underestimated the role of cloud cover, a new study has found.

Researchers from the University of Bristol discovered that cloud cover is just as important, if not more so, in projecting Greenland’s ice sheet melt and corresponding sea level rise.

Greenland has the second largest ice sheet in the world, and research has shown that the ice sheet is melting six times faster than it was during the 1980s.

In 1,000 years, the Greenland ice sheet could lose eight to 100 percent of its mass, adding anywhere from 1 to 22 feet of sea level rise.

Given the important role that the Greenland ice sheet will have on future sea level rise, climate researchers are intently focused on accurately predicting ice melt. But most models and research focus solely on emissions and how different atmospheric greenhouse gas levels will drive melting rates.

In this new study, published in the journal Nature Climate Change, the Bristol researchers found that cloud microphysics are an equally important part of the equation.

“Until the end of the 21st century, clouds can increase or decrease the sea level rise coming from Greenland Ice Sheet by 11 cm,” said Stefan Hofer, the lead author of the study.

Clouds act like a blanket, trapping heat and speeding up warming.

The models showed that if cloud cover is at its thickest, it will lead to the highest possible melt rates and thinner clouds will lead to less melt over Greenland.

Cloud cover helps fill important gaps in current climate models and melt scenarios, and clouds could lead to an extra 40,000 gigatons of ice melt by the end of the 21st century.

“Until now we thought that differences in modelled projections of the future evolution of the Greenland Ice Sheet were mainly determined by the amount of our future greenhouse gas emissions,” said Hofer. “However, our study clearly shows that the uncertainties in our predictions of Greenland melt are equally dependent on how we represent clouds in those models.”