Coastal sea ice is thinning much faster than expected • Earth.com 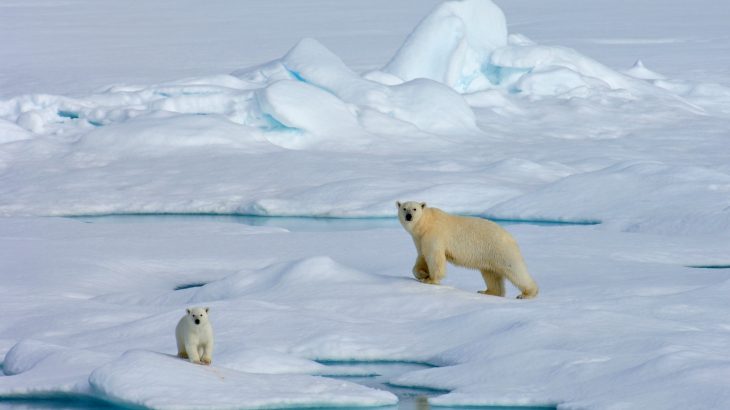 Arctic coastal sea ice is thinning at double the rate that was expected, according to a new study from the European Space Agency. The researchers analyzed ice-thickness data from the CryoSat and Envisat missions, while using a new model to estimate snow depth.

The CryoSat altimeter measures ice height by timing how long it takes for radar waves to return to the satellite from the ice surface.

The thickness of floating sea ice is determined by measuring the height of the ice above the water. But these measurements are not always reliable when heavy snow is pushing the ice down into the water.

To overcome this challenge, the researchers used a new computer model that calculates snow depth and density. The team then combined the snow model projections with radar observations.

Robbie Mallett is a PhD student at the Centre for Polar Observation and Modeling (CPOM) at University College London.

“The thickness of sea ice is a sensitive indicator of the health of the Arctic. It is important as thicker ice acts as an insulating blanket, stopping the ocean from warming up the atmosphere in winter, and protecting the ocean from the sunshine in summer. Thinner ice is also less likely to survive during the Arctic summer melt,” said Mallett.

“Previous calculations of sea-ice thickness are based on a snow map that was last updated 20 years ago. Because sea ice has begun forming later and later in the year, the snow on top has less time to accumulate. Our calculations account for this declining snow depth for the first time, and suggest the sea ice is thinning faster than we thought.”

The researchers concluded that sea ice in Arctic coastal regions is thinning at a rate of 70 to 100 percent faster than previously thought.

For example, ice is thinning in the coastal regions of the Kara and Chukchi seas at a rate of up to 110 percent higher than previous calculations.

“There are a number of uncertainties in measuring sea-ice thickness, but we believe our new calculations are a major step forward in terms of more accurately interpreting the data we have from satellites,” said Professor Julienne Stroeve.

“We hope this work can be used to better assess the performance of climate models that forecast the effects of long-term climate change in the Arctic – a region that is warming at three times the global rate, and whose millions of square kilometres of ice are essential for keeping the planet cool.”