Cockatoos learn by copying others • Earth.com 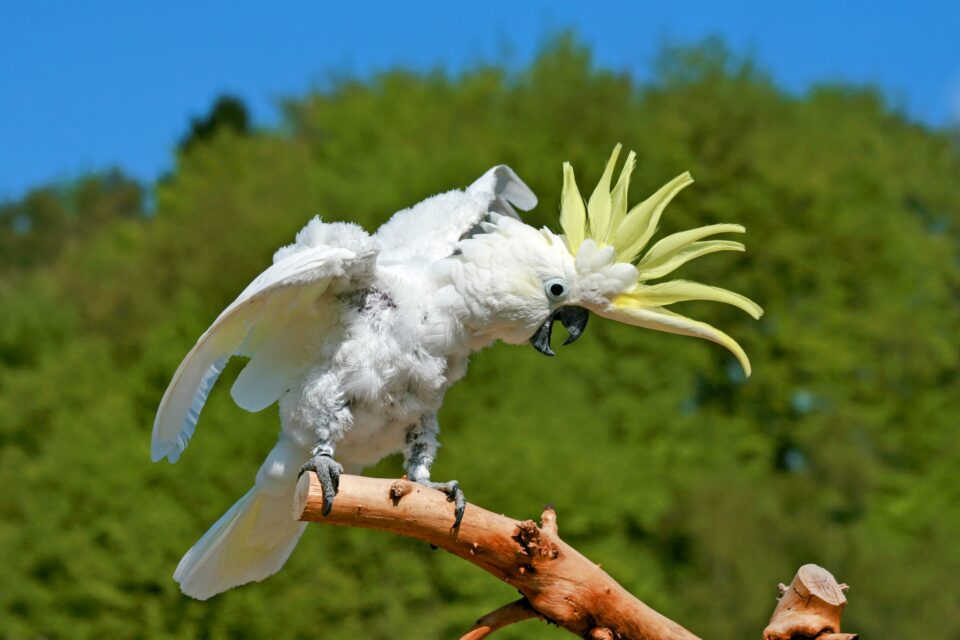 Cockatoos learn by copying others

In the past couple of years, sulphur-crested cockatoos in Sydney, Australia, have learned a new skill. The inquisitive birds can use their bills and feet to open the lids of large, plastic wheelie bins to access the left-over food inside.

A team of researchers led by Barbara Klump and Lucy Aplin of the Max Planck Institute of Animal Behavior set out to investigate how this novel behavior has evolved and spread. In their recent publication in the journal Science, the experts have shown that cockatoos learn how to open bins by copying each other, rather than being born with the instinctual ability.

After initially becoming aware of this unique behavior, research scientist John Martin recognized the need to find out whether cockatoos open bins everywhere. Garbage bins across Australia have the same design, and cockatoos are widely distributed in the northern and eastern regions of the country.

“In 2018, we launched an online survey in various areas across Sydney and Australia with questions such as, ‘What area are you from, have you seen this behavior before, and if so, when?’ The survey ran for two years and helped us determine how the behavior spread to other cockatoos in Sydney,” explained Martin.

Analysis of the results showed that the behavior spread more rapidly to neighboring areas than to more distant areas, indicating that it did not simply arise randomly across Sydney. “These results show the animals really learned the behavior from other cockatoos in their vicinity,” said Klump.

Although social learning is common amongst humans, it has rarely been recorded amongst animals. The researchers marked 500 individual birds using dots of colored paint in order to assess how learning spread between individuals. They found that only about ten percent of cockatoos had learned how to open the bin lids and these were mostly males.

Since slightly different techniques were used by different individuals, the researchers concluded that the behavior was not genetically inherited.

“We observed that the birds do not open the garbage bins in the same way, but rather used different opening techniques in different suburbs, suggesting that the behavior is learned by observing others,” Klump said.

Interestingly, other cockatoos who were not ‘clever’ enough to copy the behavior were very enthusiastic about landing on a bin, once opened by a “pioneer,” and helping to eat the contents.