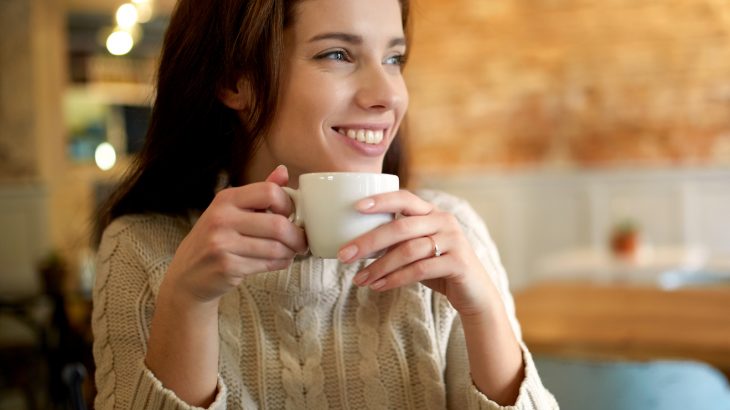 While many health professionals used to warn that drinking coffee (and the caffeine included) might not be so great for your health, recent research has shown that coffee drinkers tend to live longer lives.

These days, the general consensus does show that coffee is indeed beneficial to heart health, but up to a point.

Researchers from the University of South Australia set out to examine the link between a certain gene variant CYP1A2, drinking coffee and the risk of cardiovascular disease.

The study, published in the American Journal of Clinical Nutrition, found little correlation between genetic variants, coffee consumption, and disease risk. However, the results do show that drinking more than six cups of coffee a day can increase the risk of heart disease.

Luckily for most people in the US who drink fewer than 2 cups of coffee a day, the results are not a major cause for concern.

For the study, the researchers analyzed data from the UK Biobank and were able to review genetic data, coffee consumption history, and health records from 347,077 UK Biobank participants.

On average, the participants were between 37 and 73 years old, and the researchers found 8,368 incidents of cardiovascular disease.

Drinking more than six cups of coffee a day was associated with a 22 percent increased risk of cardiovascular disease regardless of genotype or metabolism, the researchers found.

Coffee has been shown to help release fatty acids from fatty tissue and stimulate the nervous system, according to the American Heart Association. However, coffee is also a diuretic and can negatively impact the kidneys, cause dehydration, and increase the risk of acid reflux.

Since most people aren’t likely to down gallons of coffee every day, heart disease risks are minimal. Rather, people should be more worried about what they put in their coffee instead of how much they drink.

“One big caveat is that, with all the cream and sugar and flavorings that people add to coffee, it contains a lot of calories that people don’t need and will probably make things [like heart health] worse,” Chris Labos, MD, a cardiologist at McGill University who was not involved with the research, told the Daily Mail.