Colombian coffee production will increase, but not at low altitudes • Earth.com 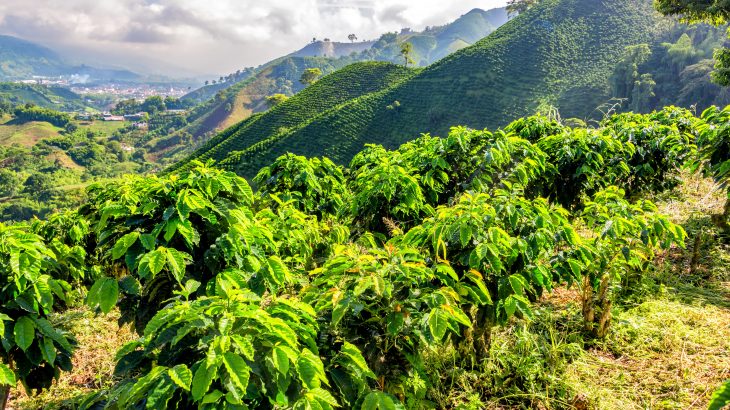 Colombian coffee production will increase, but not at low altitudes

Climate change is creating agricultural challenges on a global scale. A new study from the University of Illinois reveals how climate change is impacting coffee production in Colombia, the third largest producer in the world.

The experts report that the effects on Colombian coffee beans vary widely depending on where they are grown.

“Colombia is a large country with a very distinct geography. The Andes Mountains cross the country from its southwest to northeast corner. Colombian coffee is currently growing in areas with different altitude levels, and climate impacts will likely be very different for low altitude and high altitude regions,” said study co-author Professor Sandy Dall’Erba.

Previous studies that have investigated the effects of climate change on Colombian coffee production have focused on either the entire country, or on a few regions within the country.

The current study accounted for the entire country broken down into 521 municipalities, which allowed the researchers to identify significant regional variations.

“Colombia is not going to experience reduced productivity overall. But when we look into the impact across municipalities, we see many differences that get lost in the national average. That has important implications for coffee growers who live in one municipality versus another,” explained study lead author Federico Ceballos-Sierra.

“Low-altitude municipalities will be negatively affected by climate change, and thousands of growers and their families in these areas will see their livelihood jeopardized because productivity is likely to fall below their breakeven point by mid-century.”

At the national level, the team estimates that coffee productivity will increase by 7.6 percent over the next four decades. This estimate covers a wide margin of spatial differences, including a 16 percent increase in high altitude regions at 5,000 feet above sea level and an 8.1 percent decrease in low altitude regions.

The study shows that areas which are now marginal for coffee production will benefit from rising temperatures, while areas that are currently prime coffee growing locations will become too hot and dry.

Ceballos-Sierra grew up on a coffee farm in the Tolima district of Colombia and has seen firsthand how changing climate conditions affect production.

“My family’s farm is about 1,900 meters above sea level. Twenty years ago, people would consider that an upper marginal coffee growing area. But now we’re getting significant improvements in yield,” said Ceballos-Sierra.

At the same time, coffee growers in lowland areas are experiencing decreasing yields. In these regions, pests such as the coffee bean borer are becoming more aggressive and prevalent.

“In the future it will be more beneficial to grow coffee higher up in the mountains. So for those who can afford it, buying land in those areas would be a good investment,” said Professor Dall’Erba.

“The government might want to consider building infrastructures such as roads, water systems, electricity, and communication towers that would allow farmers in more elevated places to easily access nearby hubs and cities where they can sell their crops. We would expect more settlements and an increasing need for public services in those locations.”

Relocation is expensive, however, and will not be an option for most of Colombia’s 550,000 smallholder coffee growers. These farmers will need to find other ways to adapt, including new strategies such as more frequent irrigation, increased use of forest shade, or shifting to different coffee varieties and additional crops.

“Our research presents what we anticipate will happen 20 to 40 years from now, given current conditions and practices,” said Professor Dall’Erba.

“Future studies can look into different adaptation strategies and their costs, and evaluate which options are best. Beyond the 40-year horizon we focus on, the prospects might be grimmer without adaptation. Production cannot keep moving to higher levels. Indeed, no mountain top is above 5,800 meters (18,000 feet) in Colombia.”

The study is published in the journal Agricultural Systems.