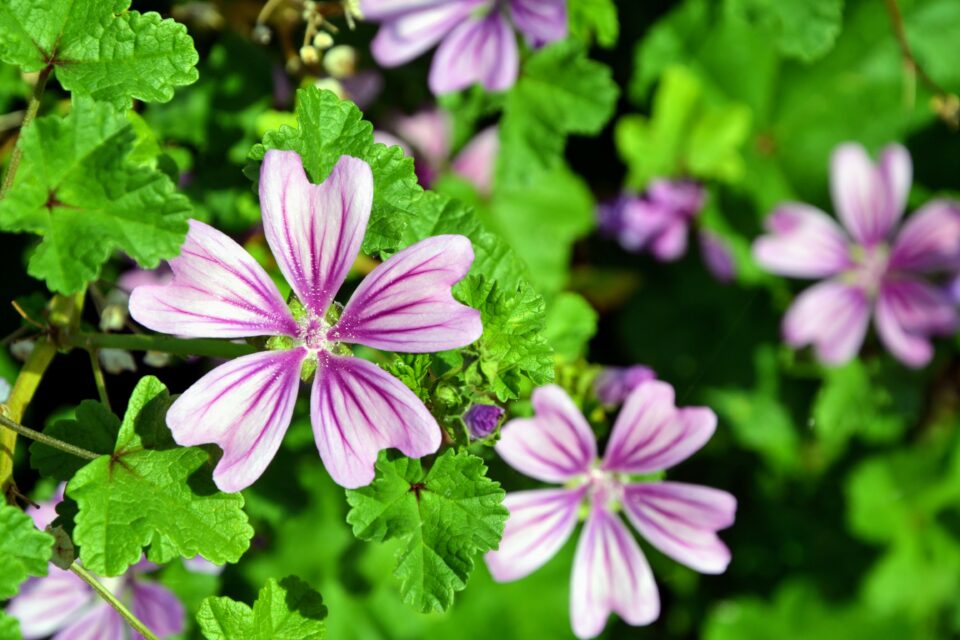 Many flowers such as mallows, foxgloves, or forget-me-nots have colorful patterns that biologists call “nectar guides.” These patterns have a guiding function to pollinating insects, increasing their efficiency in finding food, while at the same time improving the pollen dispersal of the plants.

Now, a team of researchers led by the Julius Maximilian University of Würzburg (JMU) in Germany has deciphered the individual steps through which flower patterns increase the efficiency of terrestrial bumblebees (Bombus terrestris), by providing evidence that nectar guides reduce the time needed for bees’ complete interaction with flowers – from approach to finding nectar to departure – by up to 30 percent.

“Colorful patterns on flowers are thought to benefit both pollinators and the plants they visit, by increasing the plants’ pollination success via an increased foraging efficiency of the pollinators. This increased efficiency is assumed to result from a guidance effect of the flower patterns, correspondingly termed ‘nectar guides,’ which indicate the position of the nectary to visiting pollinators, thus reducing their flower handling time,” the authors explained.

Surprisingly, the scientists found that flower patterns do not in fact shorten the actual nectar search. After landing on a colorfully-patterned flower, the bumblebees did not find nectar any faster than on a flower without a pattern. However, the flower patterns shortened the approach flight time and created a strategically favorable landing position, making them act like markings on a runway and thus helping bumblebees coordinate their approach. Moreover, the patterns also have a significant role in shortening the time until take-off. Since bumblebees often run to the edge of the petals for take-off, they can find this site more quickly if they can orient themselves to a pattern.

In future studies, the researchers aim to investigate how the glossy surfaces that occur on some flowers affect the interaction with pollinating insects. “These insights provide a novel focus for  the study of flower-pollinator interactions in the lab and in their natural environment, and open up new questions on how deceptive patterns or altered displays on ornamental flowers impact  foraging efficiency in insect pollinators,” the authors concluded.