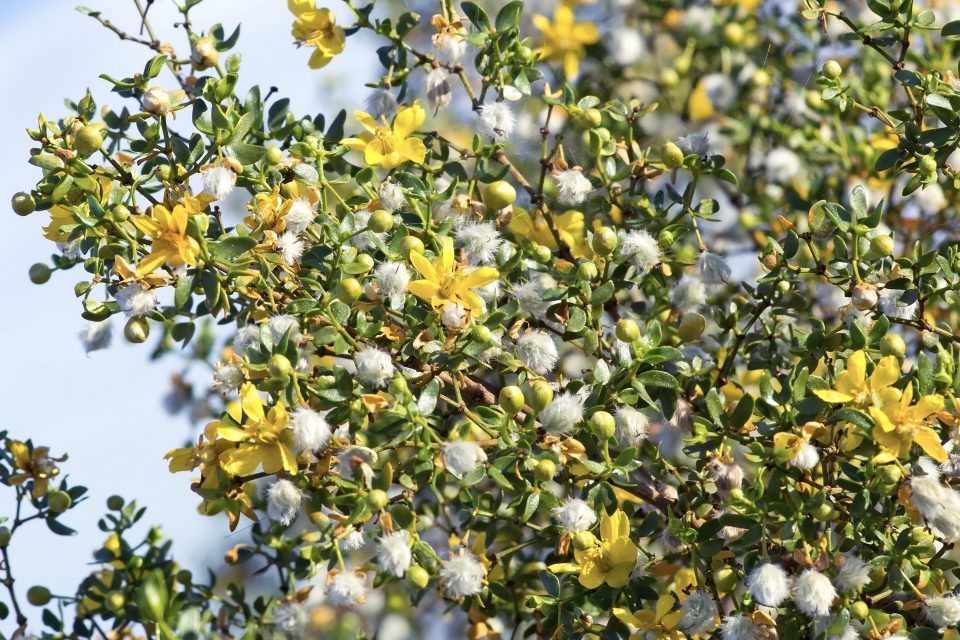 Researchers at UT Austin have used computer algorithms to conduct the first-ever survey of creosote bushes in the Mojave Desert. Across a 135-square-mile conservation site in the desert, the team counted 23 million creosotes out of a total population of 66 million plants.

The study not only reveals new details about this dominant plant species, but also demonstrates how data techniques can be more effective than conventional methods for studying plant communities.

“This was first and foremost a big data project,” said study lead author and grad student James Gearon. “The majority of time was data cleaning, data investigation, data prep. By the time you get to analysis, you have discovered so many things along the way you have a path forward.”

The census represents an important milestone for plant science, especially considering that population data typically comes from samples of fewer than 1,000 plants or aerial surveys. The study has introduces a groundbreaking new method of accounting for each and every individual in a plant community.

“People are amazed at the size of the dataset,” said study co-author Michael Young. “But we tried to avoid being dazzled by size and focus on the interesting things the data tell us,” For example, the scientists discovered that certain landscape features can influence how big and how far apart creosotes grow.

In 2017, Young and colleagues collected data from an aerial survey conducted in the Mojave Desert by the Boulder City Conservation Easement. The initial objective was to find burrows belonging to threatened desert tortoises. However, high-resolution photos and elevation data obtained during the survey proved to be a very useful resource for additional research.

The experts counted the creosote bushes by applying computer algorithms that could distinguish the bushes from the surrounding landscape and other plants. The algorithms also produced details on each creosote’s location, height, and canopy area.

When the information on individual creosotes was combined with specific landscape features, the researchers identified some clear trends in how plant growth is affected by the landscape. They found that the direction the slope faces, also known as its aspect, has the greatest influence on creosote volume. In particular, the analysis revealed plants growing on east-facing slopes are about five times bushier than plants on west-facing slopes.

“That’s five times more cover on the ground for the critters, for land use, or for understanding just how hot the ground is going to get – that has a huge impact,” said Gearon.

The team determined that soil age also has an influence on creosote volume. Bushes in the younger soil were found to be about 27 percent larger than plants in the oldest soil.

According to Gearon, the connection between soil age and plant size is well documented, but the influence of hillslope aspect on plant size came as a surprise. Researchers often relate plant growth to north and south slope directions, but few studies have focused on east and west slopes.

The study indicates that growing on an eastward slope could be an important way for desert plants to stay hydrated, as the placement allows the plants to soak up the sunshine during the cooler, wetter hours of the morning. By contrast, the westward slopes receive the most sunlight during the hottest parts of the day when the plants are most susceptible to losing water.

The study is published in the journal Landscape Ecology.