Conflicts on and over public lands date back to the early days of the US • Earth.com 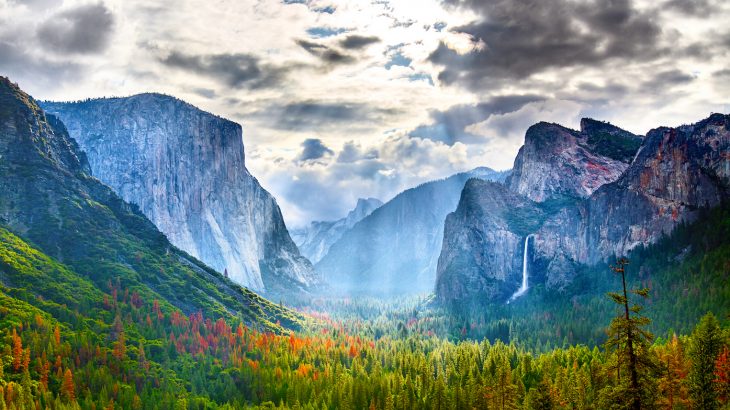 In the early days of conservation in America, defending public lands was a dangerous and thankless business. National Parks were initially managed by the US military, including in some cases buffalo soldiers. In the US Forest Service and other agencies though, rangers didn’t have such backing. In his book, The Big Burn, Teddy Roosevelt & The Fire That Saved America, Timothy Egan writes:

“Around mining camps and logging towns, the places where agents for timber trusts set up shop to foil the new national forests, rangers were sometimes threatened at gunpoint or chased from the woods.”

Laws and congressional funding tended to be lacking for most if not all federal conservation efforts and foresters, law enforcement agents, and others on the ground suffered for it.

Due to lack of federal funding, Guy Bradley, a Game Warden appointed by the Florida governor and also deputized by the county in 1902, was paid by the Audubon Society, not the government. Bradley worked alone in a large area in what was a quite wilder and less populous Florida at the time. After only three years of duty as an official Game Warden, Bradley was shot and killed at the age of 35 by poachers intent on making a profit on bird feathers for the hat trade.

The Officer Down Memorial Page reports that at their trial, the suspected poachers claimed Bradley fired on them first, despite evidence that he never fired his weapon. The two men were tried for Bradley’s murder were found not guilty.

The case of Guy Bradley shows the tenuous position of government conservation agents in the early years. Agents were assigned jobs but often lacked the resources and full backing of the federal government to carry out their duties to their full extent.

Conservation was being fought over in Congress. For those like Teddy Roosevelt, the war was one between those who wished to pillage the land, it’s archaeology and wildlife, and those who wished to save it as a heritage for all Americans. For those on the ground, it was a fight based on principal that could cost them their lives for low pay and uncomfortable work on the rough edges of what remained of the American frontier.

In the early years of federal conservation, the role of enforcement and use of force is the beginning of a history with a more complex nature than most realize. Before the National Park Service, the US Army managed Yellowstone, largely as a sort of “fortress of conservation” with the full weight of military power behind it that is implied.

Yellowstone, the first National Park, was established by Ulysses S. Grant in 1872. The park was created before the end of hostilities between Native Americans and the US government in the west, as such it can be seen as a US outpost in hostile territory. Early managers of Yellowstone largely saw Native American groups that had lived in the park traditionally or sought to settle in it seasonally as enemies of the goals of conservation, according to a paper by Isaac Kantor in Public Land and Resources Law Review.

Timeline reports that when Yellowstone was created, 26 Native American tribes are thought to have lived on Yellowstone, which many considered sacred. Native Americans were forcibly removed and kept out of the park. These same ideas and model of conservation has been carried into parks in other parts of the world.

Survival International reports that ‘Pygmy’ peoples of central Africa are violently excluded from hunting and gathering lands now protected by conservation laws and law enforcement agents. Such exclusion and militarization of conservation efforts are common in Africa, sometimes directed at well organized criminal elements, sometimes towards native groups with minimal impact on their own traditional lands. A 2017 paper in Conservation & Society notes that at that time, exclusionary parks covered more than 15% of the earth at that time.

Yosemite became the site of a turning point in the National Park Service. By 1970, Yosemite National Park was already facing enormous congestion. Instead of being a bastion of solitude in which to escape modern city life, crowds and modernity often followed visitors to Yosemite. “Undesirable” elements such as hippies and “dirtbag” rock climbers were often a thorn in the side of the park service. Complaints about loud music, marijuana smoke and public nudity were handled by park rangers.

In frustration over a rise in panhandling, theft and other minor crimes in the park, a concessionaire who owned Yosemite Park & Curry Company, a company offering lodging and food in the park, hired a private security firm. ForestHistory reports how the conflict came to a head in 1970 when rangers confronted a large party of young people in Stoneman Meadow after quiet hours. The party was broken up by rangers with clubs, some of the young people being handcuffed and taken to jail.

After a series of increasingly violent confrontations and riots, the nature of the park service was forever changed. The National Park Service founded a federal law enforcement training center in 1971, the first of its kind. Instead of oral warnings, Yosemite took a zero tolerance approach to enforcement handing out citations. In short, since 1976, rangers have included well armed, well trained law enforcement agents in their ranks. Since that time, law enforcement in Yosemite and other National Parks has become more fraught with tension. Climbers are arrested for staying past the seven day camping limit or for BASE jumping. Sometimes confrontations become nasty. Unfortunately, National Parks and other public lands aren’t magical portholes into an unspoiled past void of the problems of modernity.

In 2012, an event all too familiar in modern America happened in Rainier National Park. With unknown motivations, a man shot a female park ranger after she tried to pull his car over. The New York Times reports that the alleged shooter, Benjamin Barnes was later found in a stream, dead from exposure after a manhunt.

Conflicts such as these in what many see as the hallowed grounds of public lands show that these aren’t refuges from modernity any more than they were unpeopled wilds before Native Americans were evicted. When the authority of the federal government is challenged anywhere, it’s not surprising that it reacts with the same heavy handed tactics in the forest as it does in the street.