How resilient are Yellowstone forests after a major fire? • Earth.com 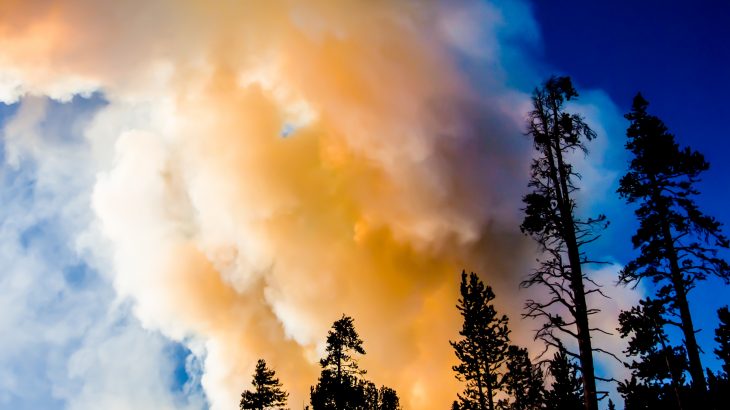 How resilient are Yellowstone forests after a major fire?

Researchers at the University of Wisconsin-Madison have assessed the landscape in Yellowstone National Park, where areas that burned in 1988 were affected by fire again in August of 2016. In October of the same year, a team of graduate students led by Professor Monica Turner visited the park to investigate the damage.

“We saw these areas where everything was combusted and we hadn’t seen that previously,” said Professor Turner. “That was surprising.”

Yellowstone has adapted to recurring fires every 100 to 300 years, yet the most recent fires occurred less than 30 years apart. The researchers set out to get a better understanding of whether the forests can recover.

With support from the National Science Foundation, Professor Turner and her team returned to Yellowstone in the summer of 2017 to examine the areas that re-burned. The Maple Fire, for example, burned 28-year-old lodgepole pines that regenerated following the 1988 North Fork Fire.

The researchers compared each region to areas that burned in 1988 or 2000 but did not burn again in 2016. In some places, intense fire had left nothing but the stumps of young trees. “Everything was gone,” said Professor Turner. “That was astonishing.”

In 2011, Professor Turner’s team had challenged the idea that young forests lack enough fuel to sustain severe fire, and the 2016 fires confirmed their predictions.

“The idea was that if fires are recurring more frequently, we will we see some self-limitation, young forests will not be able to re-burn,’ said study co-author and graduate student Kristin Braziunas. “We definitively saw this was not the case – even at just 16 years old, there was sufficient fuel for these forests to burn at the highest possible level of severity.”

The researchers also found that the re-burned forests lost significant carbon storage capacity. According to Professor Turner, once an old forest burns, it takes about 90 years for the forest to recover its lost carbon.

“We care about carbon storage and recovery because forests play a very important role in the global carbon cycle,” said Braziunas.

By adapting a model previously created by Professor Turner’s collaborator, Rupert Seidl, Braziunas found it would take more than 150 years for the forest to recover the carbon it had released during the 2016 fires.

“We were essentially able to reconstruct what the forest looked like before the fire happened, how many trees there were and how big they would have been,” said Braziunas. “Because we also measured nearby stands (of trees) that didn’t burn, we could compare what happens after the reburns and game out the scenarios in the model.”

Global warming and more frequent droughts will make it likely that fires will occur across the forest in shorter intervals.

“The landscapes are going to look different than they have in the past, but that doesn’t mean they won’t be beautiful. There will be species that benefit and species that see their ranges contract,” said Professor Turner.