Consequences of climate changes after the last ice age • Earth.com 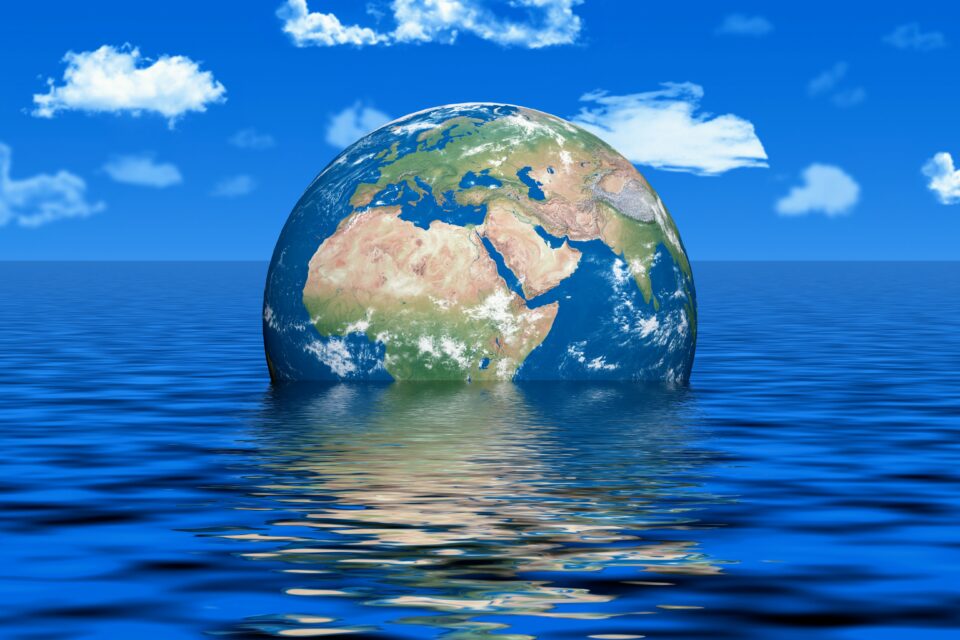 Consequences of climate changes after the last ice age

The analysis of preserved pollen and plant remains has enabled scientists from Tel Aviv University and Tel-Hai College to make the first detailed reconstruction of climate changes in Israel after the end of the last ice age (20,000-10,000 years ago). They suggest that significant climate changes during this period were influential in the transition from nomadic, hunter-gather society to settled, agrarian society that took place in the region at that time.

The research was conducted by Dr. Dafna Langgut of the Department of Archaeology and The Steinhardt Museum of Natural History at Tel Aviv University; Professor Gonen Sharon, Head of the MA Program in Galilee Studies at Tel-Hai College; and Dr. Rachid Cheddadi, expert in evolution and paleoecology of University of Montpellier, Institute of Evolutionary Sciences (ISEM) Montpellier, France.

The groundbreaking study was based on a well-dated, high-resolution pollen record recovered from the waterlogged archeological site known as Jordan River Dureijat (“Jordan River Stairs”), that is on the banks of Paleolake Hula. The continuous sequence at this site enabled the scientists to build a pollen-based paleoclimate model for the region. In addition, the pollen data allowed the researchers to identify the plants that grew 10,000 – 20,000 years ago and provided the first information on the history of the region’s flora and its response to past climate changes.

Both a major climatic change and a human societal change occurred in the region during the time period for which the pollen record was recovered. Professor Sharon, supervisor of the Madregot Hayarden excavation, explained the changes in human society.

“In the study of prehistory, this period is called the Epipaleolithic period. At its outset, people were organized in small groups of hunter-gatherers who roamed the area. Then, about 15,000 years ago, we are witness to a significant change in lifestyle: the appearance of settled life in villages, and additional dramatic processes that reach their apex during the Neolithic period that followed,” said Professor Sharon.

“This is the time when the most dramatic change of human history occurred – the transition to the agricultural way of life that shaped the world as we know it today.”

Dr. Langgut, an archeobotanist specializing in identification of plant remains, elaborated on the dramatic climatic changes that occurred in the region.

“Although at the peak of the last ice age, about 20,000 years ago, the Mediterranean Levant was not covered with an ice sheet as in other parts of the world, the climatic conditions that existed nevertheless differed from those of today. Their exact characteristics were unclear until this study,” explained Dr. Langgut.

“The climatic model that we built is based on reconstruction of the fluctuation of the spread of plant species indicating that the main climatic change in our area is expressed by a drop in temperature (up to five degrees Celsius less than today), whereas the precipitation amounts were close to those of today (only about 50 mm less than today’s annual average).”

However, round about 15,000 years ago, in the Epipaleolithic period, a significant improvement in climate conditions can be seen from the data. This time corresponds with a global warm and moist interstadial period, as indicated by an increased prevalence of heat-tolerant tree species, such as olive, common oak, and Pistacia.

In addition, it is at this time, around 15,000 years ago, that the first evidence of the Nartufian culture appears in archaeological records of this region. The authors suggest that the temperate climate of the time could well have assisted in the development of this culture, in which permanent settlement, stone structures, and food storage facilities, appear for the first time anywhere in the world.

Towards the end of the Epipaleolithic period, about 11,000–12,000 years ago, there was again a return to a cold, dry climate like that characteristic of the ice age. This period is known globally as the Younger Dryas period and, although it is well recognized and documented in other parts of the world, it was unclear whether there was any expression of this period in the Levantine region.

“The findings that arise from the climate model presented in the article show that the period (Younger Dryas in the Levantine region) was characterized by climatic instability, intense fluctuations, and a considerable drop in temperatures. Nevertheless, while reconstructing the precipitation, a surprising phenomenon was discovered: the average quantities of rainfall reconstructed were only slightly less than those of today; however, the precipitation was distributed over the entire year, including summer rains.”

The occurrence of rain throughout the year would have led to ideal conditions for annual and leafy plant species to thrive, thus providing year-round food for gatherers. The diversity of plant species would have given a range of options for domestication and the gatherers of the time would certainly have become knowledgeable about and familiar with a wide range of edible plants.

The researchers are of the opinion that these findings contribute to a new understanding of the environmental changes that took place on the eve of the transition to agriculture and the domestication of animals.

“This study contributes not only to understanding the environmental background for momentous processes in human history, such as the first permanent settlement and the transition to agriculture, but also provides information on the history of the region’s flora and its response to past climatic changes,” said Dr. Langgut. “There is no doubt that this knowledge can assist in preserving species variety and in meeting current and future climate challenges.”

The study is published in the journal Quaternary Science Reviews.