Manatees may have been Texas residents during the last ice age • Earth.com 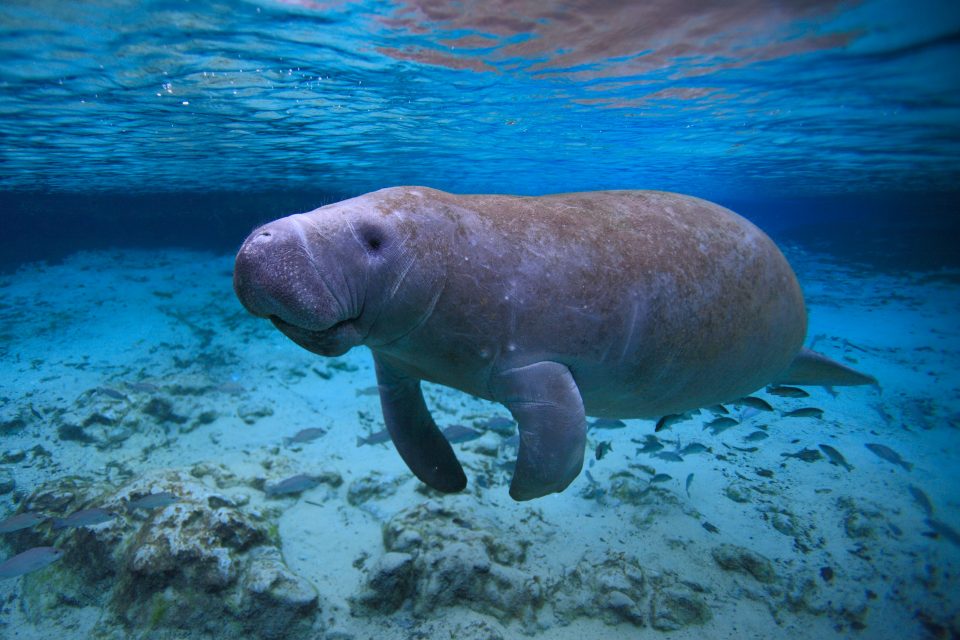 Manatees may have been Texas residents during the last ice age

A study led by the University of Texas at Austin has produced evidence to suggest that manatees were present along the Texas coast during the last ice age.

The findings raise new questions, such as whether these gentle “sea cows” have been visiting Texas for thousands of years, or if manatees were permanent residents in this region between 11,000 and 240,000 years ago.

Today, manatees can be seen near Texas only occasionally during the summer months before they return to the warmer waters of Florida and Mexico for the winter.

Study lead author Christopher Bell is a professor in the UT Department of Geological Sciences in the Jackson School of Geosciences.

“This was an unexpected thing for me because I don’t think about manatees being on the Texas coast today,” said Professor Bell. “But they’re here. They’re just not well known.”

The study was focused on the analysis of eight fossils, including manatee jawbones and rib fragments from the Pleistocene – the geological epoch of the last ice age.

Most of the bones were recovered by amateur fossil collectors over the last 50 years from McFaddin Beach near Port Arthur and Caplen Beach near Galveston.

“We have them from one decade to another, so we know it’s not from some old manatee that washed up, and we have them from different places,” said Godwin. “All these lines of evidence support that manatee bones were coming up in a constant way.”

The research was initiated after a lower jawbone fossil was donated to SHSU by amateur bone collector Joe Liggio. “I decided my collection would be better served in a museum,” said Liggio. “The manatee jaw was one of many unidentified bones in my collection.”

The fossil analysis suggests that, contrary to other assumptions, manatees were in Texas as early as the Pleistocene.

Manatee jawbones have a distinct S-shaped curve that immediately captured Godwin’s attention. However, he said that he was met with skepticism when he sought other manatee fossils for comparison.

Regardless, the bones Godwin examined belonged to the same species of manatee that visits the Texas coast today, Trichechus manatus.

It is widely accepted that the cooler ice age climate would have made Texas waters even less hospitable to manatees than they are today.

The fact that manatees were in Texas for any amount of time during the last ice age means that either the coastal climate was warmer than what is generally assumed or that manatees were historically more resilient to colder temperatures.

The study is published in the journal Palaeontologia Electronica.