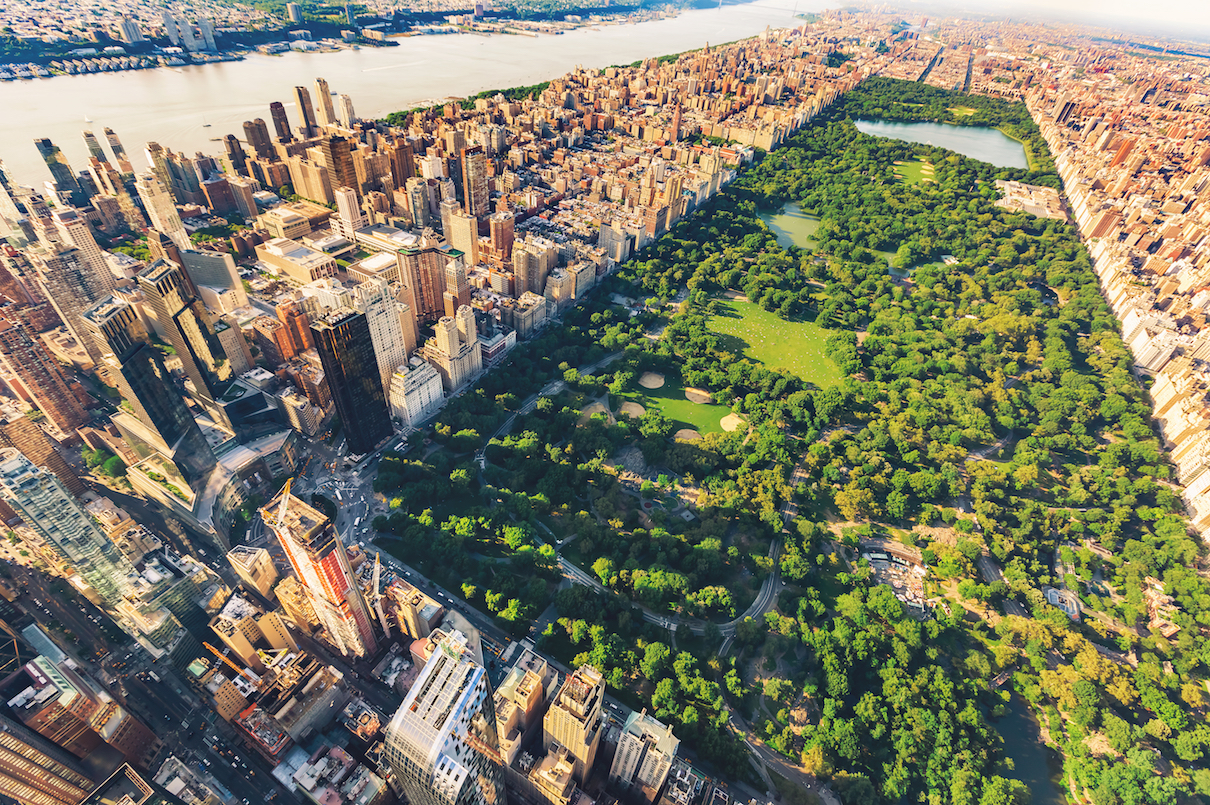 Fredrick Law Olmsted was a co-designer of Central Park in New York City, and as the ‘father of American landscape architecture’ he designed many noteworthy parks throughout America.  Olmsted also encouraged Abraham Lincoln to set aside Yosemite Valley and Mariposa Grove as public land. On June 30, 1864, Lincoln signed legislation giving Yosemite and Mariposa to the state of California for public use.

Where Central Park is now, there was once a place called Seneca Village.  The village was founded in the 1820s a few years before slavery was even abolished in New York City.  The village became a haven for African Americans and immigrants from places like Ireland and Germany who were often treated poorly by other Americans at the time.  Seneca was about two-thirds black and one-third immigrants who together created a successful community by many standards.

By the 1850s In Seneca, African Americans were 39 times more likely to own their own land than their counterparts throughout the city, according to a Daily Mail report.  The town had three churches and a school.

When the government enacted imminent domain to claim the property of Seneca Village and create Central Park, Andrew Williams owned three blocks of land in Seneca with a home, all valued at $4,000 at the time.  The government claimed they offered Williams $3,500 initially but in the end forced him to take only $2,335 and vacate immediately. Around 300 other people were forced off their land for the creation of Central Park.

This little known history of Central Park mirrors the less recognized history of Yosemite, another project that also involved Frederick Law Olmsted.  The Ahwahneechee Indians lived in the Yosemite Valley before it became a park. During the Mariposa war, California soldiers evicted the Ahwahneechee from the valley.  Militias burned acorn caches the Awahneechee left as food storage, searching remote parts of the valley to force the Awahneechee out. Lincoln gave the land to the state of California but John Muir convinced Teddy Roosevelt over a camping trip in Yosemite that the land was better used as a national park.

After eviction the Ahwahneechee returned to Yosemite where they worked as “Indian Performers” for tourists just to remain on their traditional land.  The Ahwahneechee were finally forced out of Yosemite for good in 1969 when the park burned down their homes in a fire fighting drill.

Parks throughout the United States have a similar history.  Before land could be set aside as ‘parks for all’ it had to be depopulated of native peoples.  Devil’s Tower of Wyoming, made famous from Close Encounters of the Third Kind fame, is sacred to Native Americans but the park has only a voluntary closure to climbers for the most sacred times.  Soldiers were stationed at Yellowstone shortly after its designation as public land to keep Native Americans out. The Everglades, Grand Canyon, Mount Rainier, Zion and Olympic National Park evicted Native Americans.  Even Mesa Verde, a park dedicated to the preservation of Native American cliff dwelling ruins evicted Native peoples from its boundaries.

Today there are some examples of parks set aside with support by Native Americans, such as Bears Ears National Monument.  There are also parks in Brazil and Peru that are set aside as nature reserves allowing natives to continue living on the land as they have since before recorded history.  Some conservation lands in Brazil are even set aside for tribes that aren’t in contact with the outside world, allowing no one from the outside in. The tribes in these reserves are free to leave as they like.  But these aren’t the whole story of conservation land and native peoples today.

In Africa, there has long been a struggle between conservationists and native peoples.  When I was in Equatorial Guinea, I was saddened to see how native people trapping small animals for food were sometimes treated.  I remember hiking through the forest with a monkey field researcher and coming upon a duiker (miniature antelope) caught dead in a snare along the trail.  The monkey researcher cut the animal out of the snare, destroying the trap and threw the body away from the trail. The explanation for his actions was that he did it so tourists wouldn’t have to see the dead duiker.  We were both angrily confronted by the man who set the snare. It’s not too hard to imagine why such actions can make enemies for conservationists among native populations who often have less money and governmental support.

In 2013, Al Jazeera reported on nomadic Maasai people forced off land where they traditionally grazed their cattle for a wildlife protection zone.  The same article, quoting a University of Wisconsin study, estimated that recent expansions of Africa’s conservation lands have displaced 900,000 to 14.4 million people.  Many are critical of these moves as not only for conservation but actually to boost safari revenues.

Survival International tells of Baka Pygmies in Cameroon beaten by governmental eco-guards when they hunt on their traditional lands in Boumba Bek National Park.  This is just one example of how native peoples have been and continue to be treated throughout the world in the name of conservation.

Karl Jacoby, author of Crimes Against Nature told the HuffPost, “Conservation is used as a tool of colonialism,” and I must agree although with sadness.  Many of the projects I was involved with internationally seem to be more about control and management and less about allowing space for human and non-human self-determination.  People, especially native people with deep knowledge of land and wildlife, can be a part of the solution instead of the problem. Academics with large degrees from impressive institutions have, in my experience, a hard time admitting equal validity to traditional knowledge as western science.  Conservation in the mainstream sense of the word is largely controlled by science based approaches, which emphasize empirical knowledge and technical control. Native ways of thinking and doing are often at odds with the western conservationist view. In the end those with money usually win out over those without and conservation, like it or not is big business.

Environmentalism must change if it is to embrace the world as it is or even as it was, not as we wish it to be.  We need to stop imagining a fantasy world if we claim we are protecting anything. We should all consider the following words of Teddy Roosevelt and ask ourselves if it reflects what environmentalism should be, “The rude, fierce settler who drives the savage from the land lays all civilized mankind under  a debt to hum…should pass out of the hands of their red, black, and yellow aboriginal owners and become the heritage of the dominant world races.”