Conservation projects you can participate in from home • Earth.com 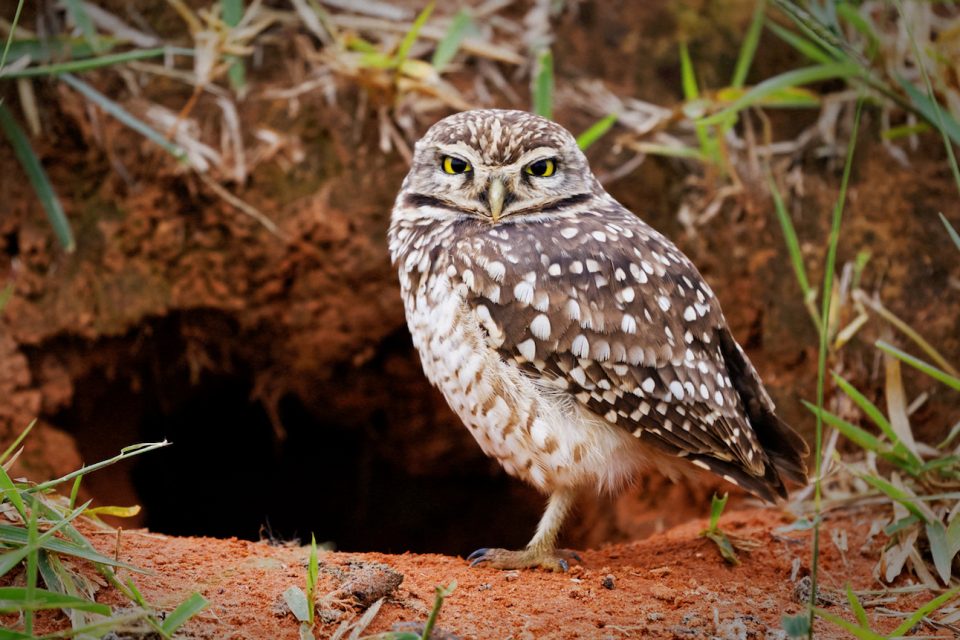 Conservation projects you can participate in from home

Crowdsourcing has become an incredibly popular tool. Books, movies, medical procedures have all been paid for by people donating small amounts online combined into a ‘crowd’ of people donating a large amount. It isn’t just direct monetary donations either, as data is harvested by millions of people worldwide to benefit businesses and political campaigns. Increasingly, little bits of money, data or time from large groups of people are being funneled through the internet to create real world results. This is now true even in conservation biology.

Zooniverse is a research platform that utilizes volunteers on the internet to collect data for scientific projects. The types of projects vary and are created by a number of different researchers. For instance, Wildwatch Burrowing Owl asks on its homepage, ‘Will you help us save burrowing owls?’ The question refers to the iconic burrowing owl that takes over prairie dog and other burrowing mammal dens as its home, an increasingly rare icon of the western deserts and prairie. It’s estimated that there are only 10,000 breeding pairs of the special owl left, according to Defenders of Wildlife.

Western burrowing owls (Athene cunciularia hypugaea) in California are especially in decline. To stop this decline, San Diego Zoo Global has set up artificial dens for the owls as well as reintroduction of ground squirrels. The ground squirrels dig their own burrows that are eventually taken over by burrowing owls.

The burrowing owl project has motion cameras set up at the borrows to monitor who is coming and going from the burrows. Cameras like these collect hundreds if not thousands of photos in a short amount of time. Many photos from cameras like these inevitably aren’t even of the animals being studied, and sometimes a camera takes a shot of another animal, a person or even grass moving in the wind. Because of the amount of photos to sort through, the platform on Zooniverse allows untrained volunteers working at home on their computer to donate whatever time they’d like to sorting through the owl photos. The goal is to note how many owls are in each photo, allowing researchers to sort through the data faster than if they did the work themselves.

Other projects on zooniverse include similar projects with large mammals in Gabon, Africa, penguins in Antarctica and even urban wildlife in Los Angeles. The penguin project once was even gave away a free trip to Antarctica to a lucky volunteer. Some of these projects like Wildwatch Burrowing Owl are directly related to conservation, others less so, but they all potentially contribute data that can be used by wildlife managers. Zooniverse isn’t the only way you can contribute to science or conservation from home, though.

Of course if you have specific skill sets, you can be more valuable to organizations or causes as a volunteer, and this is as true with volunteering time online as it is volunteering in person. If you have knowledge of law, computer programming or writing skills for example, you may be able to contribute real assistance to non-profits without ever leaving home.

Like Zooniverse, Taproot Foundation is an online platform allowing non-profit organizations to seek volunteers. Unlike Zooniverse, most of these organizations are seeking one or two skilled volunteers to help on a limited time project. The focus is also much broader than Zooniverse and virtually any sort of non-profit can be involved in Taproot. You can do work such as consulting, writing, web design or even phone work for a non-profit from home.

Because of the nature of the volunteer positions listed on Taproot, projects you can become involved with are always changing. A nice feature is that you can sign up for an account with Taproot, listing your skills and interests and when a project that seems like a good match comes up, you get emailed a link to see if you’re interested. Of course, if you’re interested in a serious internship in conservation to build your skills or want to be involved in a long term project, most of these shorter projects might be less satisfying.

Occasionally, online jobs in wildlife biology or conservation come along that actually pay. For example, some academic institutions seek out a person with exceptional birding skills to identify birds by the sound of their calls from home for a short contract period. Others may be lucky enough to find longer term employment in the same vein. There are also plenty of nature and science publications that might take you on as a writer or intern if you have writing abilities and a story to tell. Other online volunteer positions are to help people access natural history interpretive material.

The American Museum of Natural History is taking on volunteers for Project Describe. The project involves describing items in the museum’s collection of images on their website so that these images are more accessible to those with disabilities. The Smithsonian Institute also takes online volunteers for many of its museums. The work for the Smithsonian involves transcribing photos of labels in an attempt to make more material available online. For those interested in biodiversity, volunteer positions are available in entomology, invertebrate zoology, botany at the Smithsonian Tropical Research Institute (which includes a famous research station in Panama).

Projects that still need assistance can be found in the Biodiverse Planet category. Helping museum work may or may not contribute directly to the environment, but it least is helping to educate the public about the environments we live in and the wildlife we share them with.

In the end, volunteering online can help you learn a bit about animals or science and help organization or researchers out, but it can also feel a bit isolating. For some experiences, there’s no substitute for getting outside into the actual environment and interacting with it. After all, there is no wildlife living online, there are no outdoor places in your computer. Often there is no mystery or surprise in sorting through images or labels on a home computer. Much like reading a book, volunteering online can be a part of learning about the world… but it shouldn’t be the only part.