Some bats buzz like hornets to deter predators • Earth.com 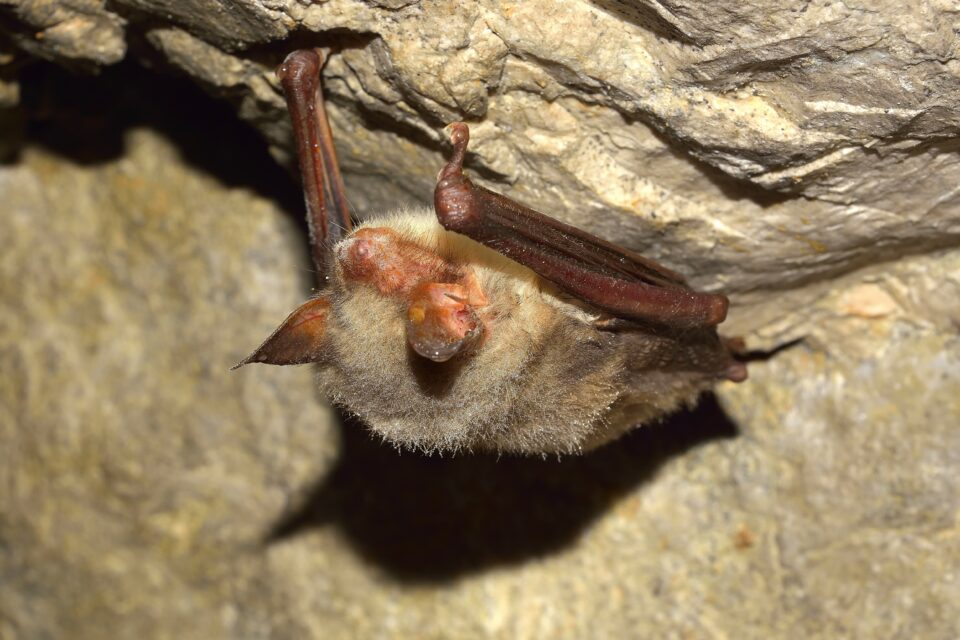 In Batesian mimicry, a harmless animal species imitates a more dangerous one in an evolutionary “ruse” that affords protection from potential predators. A research team led by the University of Naples Federico II in Italy has now discovered the first case of acoustic Batesian mimicry in mammals: greater mouse-eared bats imitate the buzzing sound of hornets – a species of large, stinging wasps – in order to discourage predatory owls from eating them.

“In Batesian mimicry, a non-armed species imitates an armed one to deter predators,” said study senior author Danilo Russo, a professor of Ecology at the University of Naples. “Imagine a bat that has been seized but not killed by the predator. Buzzing might deceive the predator for a fraction of a second – enough to fly away.”

Professor Russo made this striking discovery while conducting field research in which he frequently trapped bats in mist-netting operations. “When we handled the bats to take them out of the net or process them, they invariably buzzed like wasps,” he said.

At the beginning, Professor Russo and his colleagues considered the buzzing as a type of unusual distress call, potentially aiming to send alert signals to conspecifics or to deter predators. A few years later, they designed a careful experiment to better understand the functionality of these peculiar sounds.

First, they looked at the acoustic similarity between the buzzing sounds of bats and those of stinging social hymenopteran insects. Next, they played these sounds on a speaker to captive owls to observe their reactions. The owls reacted in different ways, which is likely due to their previous experiences, yet most of them consistently reacted to insect and bat buzzes by moving away from the speaker.

Interestingly, the analyses of the sounds revealed that the similarity between the buzzes emitted by bats and hornets was most evident when acoustic parameters that owls are incapable of hearing were removed from the analysis. Thus, the buzzing sounds were even more similar when heard the ways owls hear them.

While there is a possibility that owls might simply avoid the buzzing sounds just because they have been stung by hornets before, there is not enough data to prove this hypothesis. Stronger evidence shows that birds avoid such potentially harmful insects in general, due to evolutionary reasons. For instance, if hornets move into tree cavities or nest boxes, birds will not explore these places and will definitely not nest there.

Since bats, owls, and hornets share many spaces, such as caves, rock crevices, or buildings, there are plenty of opportunities for them to interact. Even so, such an intricate example of Batesian mimicry among distantly related species is highly intriguing.

“It is somewhat surprising that owls represent the evolutionary pressure shaping acoustic behavior in bats in response to unpleasant experiences owls have with stinging insects. It is just one of the endless examples of the beauty of evolutionary processes!” Professor Russo concluded.