Converting wastewater into a source of renewable energy • Earth.com 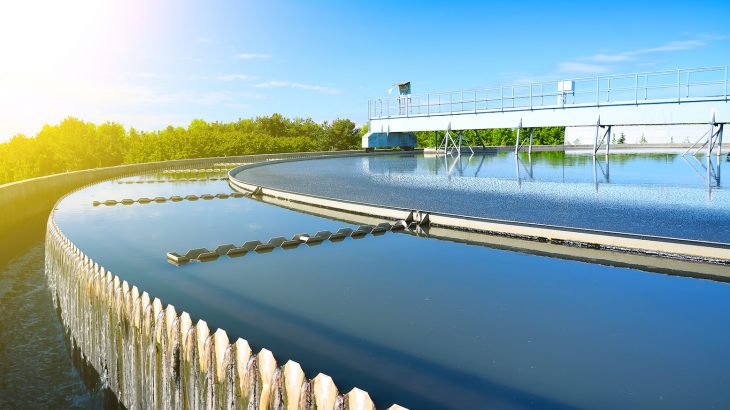 Converting wastewater into a source of renewable energy

While there are organic compounds in household sewage and industrial wastewater that could be used as a source of energy, there has not been an effective extraction method available to tap into their potential. But now, researchers may have identified a cost-effective solution that could turn wastewater into electricity.

Dr. Daniel Puyol of King Juan Carlos University in Spain is one of the study’s co-authors.

“One of the most important problems of current wastewater treatment plants is high carbon emissions,” said Dr. Puyol. “Our light-based biorefinery process could provide a means to harvest green energy from wastewater, with zero carbon footprint.”

The study is the first to demonstrate that, when simply supplied with an electrical current, purple phototrophic bacteria can recover nearly 100 percent of carbon from any type of organic waste while generating hydrogen gas for electricity production.

Purple phototrophic bacteria capture energy from sunlight using a variety of pigments, which turn them shades of orange, red, brown, or purple. Scientists, however, are most interested in the versatility of their metabolism.

The bacteria can use organic molecules and nitrogen gas, rather than carbon dioxide and water, to provide the carbon, electrons, and nitrogen needed for photosynthesis. This means that they can generate hydrogen gas, proteins, or a type of biodegradable polyester as byproducts of metabolism.

The research team analyzed the best conditions for maximizing hydrogen production by a mixture of purple phototrophic bacteria species. They also tested the effect of a negative current on the metabolic behavior of the bacteria.

First, the experts discovered that the nutrient blend that fed the highest rate of hydrogen production also minimized the production of CO2.

The researchers also found that purple bacteria are capable of using electrons from a negative electrode or “cathode” to capture carbon dioxide through photosynthesis.

“Recordings from our bioelectrochemical system showed a clear interaction between the purple bacteria and the electrodes: negative polarization of the electrode caused a detectable consumption of electrons, associated with a reduction in carbon dioxide production.”

“This indicates that the purple bacteria were using electrons from the cathode to capture more carbon from organic compounds via photosynthesis, so less is released as CO2.”

Capturing excess CO2 produced by purple bacteria would be useful for reducing carbon emissions, or for refining biogas from organic waste for use as fuel. According to Dr. Puyol, however, the main target of the research still lies ahead.

“One of the original aims of the study was to increase biohydrogen production by donating electrons from the cathode to purple bacteria metabolism. However, it seems that the PPB bacteria prefer to use these electrons for fixing CO2 instead of creating H2.”

“We recently obtained funding to pursue this aim with further research, and will work on this for the following years. Stay tuned for more metabolic tuning.”

The study is published in the journal Frontiers in Energy Research.