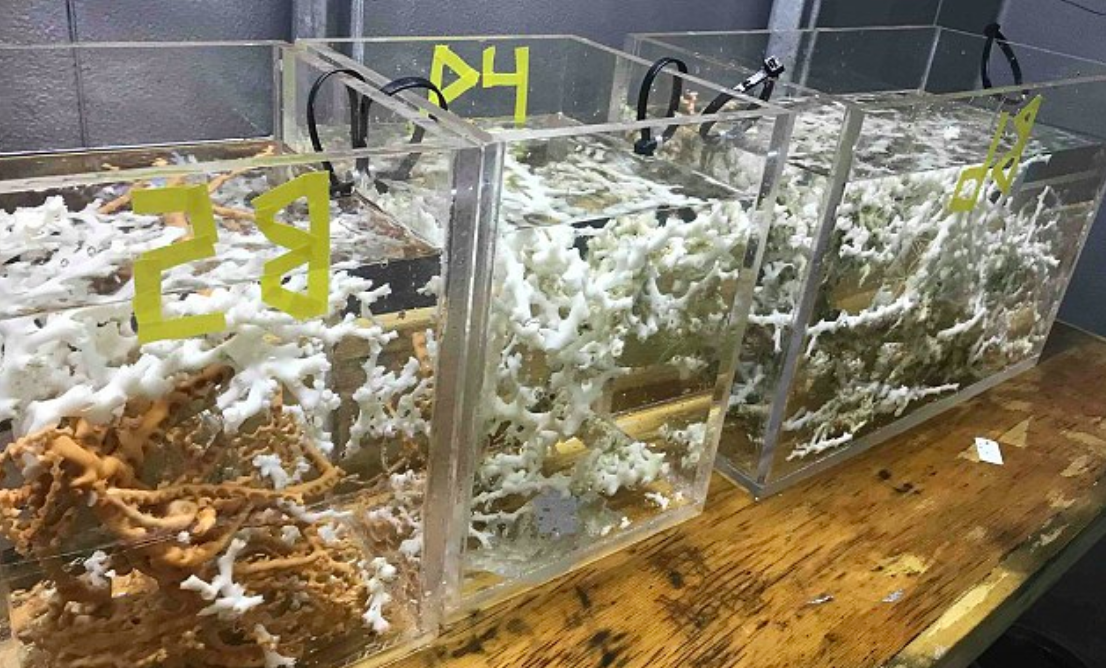 Scientists have discovered a massive coral reef about 160 miles off the coast of Charleston, South Carolina. Located about a half-mile deep on a site known as Richardson Ridge, the reef is estimated to be around 85 miles long.

The coral reef was spotted during the sea exploration project Deep Search, which involved a series of deep sea dives in a submersible vehicle. The team spent seven hours collecting samples of Lophelia pertusa, a stony coral species.

Deep-sea ecologist Erik Cordes, the project’s chief scientist, participated in one of the dives. He tweeted: “It was an awesome dive! We traveled over 1km and were on Lophelia reef the entire time! A newly discovered line of coral mounds almost 20 miles long.”

Observations from this expedition as well as recent sonar mapping suggest that the reef runs for at least 85 miles.

“This is a huge feature,” said Cordes. “It’s incredible that it stayed hidden off the U.S. East Coast for so long.”

The discovery of the reef confirms observations made earlier this summer by scientists working on the Okeanos Explorer, a National Oceanic and Atmospheric Administration (NOAA) ship.

Cordes, who is also a professor at Temple University, said that the ecosystem was unlike anything he has ever seen before and described mountains of cold water corals. “We couldn’t find a place that didn’t have corals.”

As the Trump administration works to expand offshore oil drilling, researchers are exploring various underwater ecosystems off the coast. According to the Huffington Post, Professor Cordes said the goal of the ongoing Deep Search expedition is to identify and safeguard valuable marine habitats.

The research is funded by NOAA, the U.S. Geological Survey, and the Bureau of Ocean Energy Management.