For coral reefs, some protection is better than nothing • Earth.com 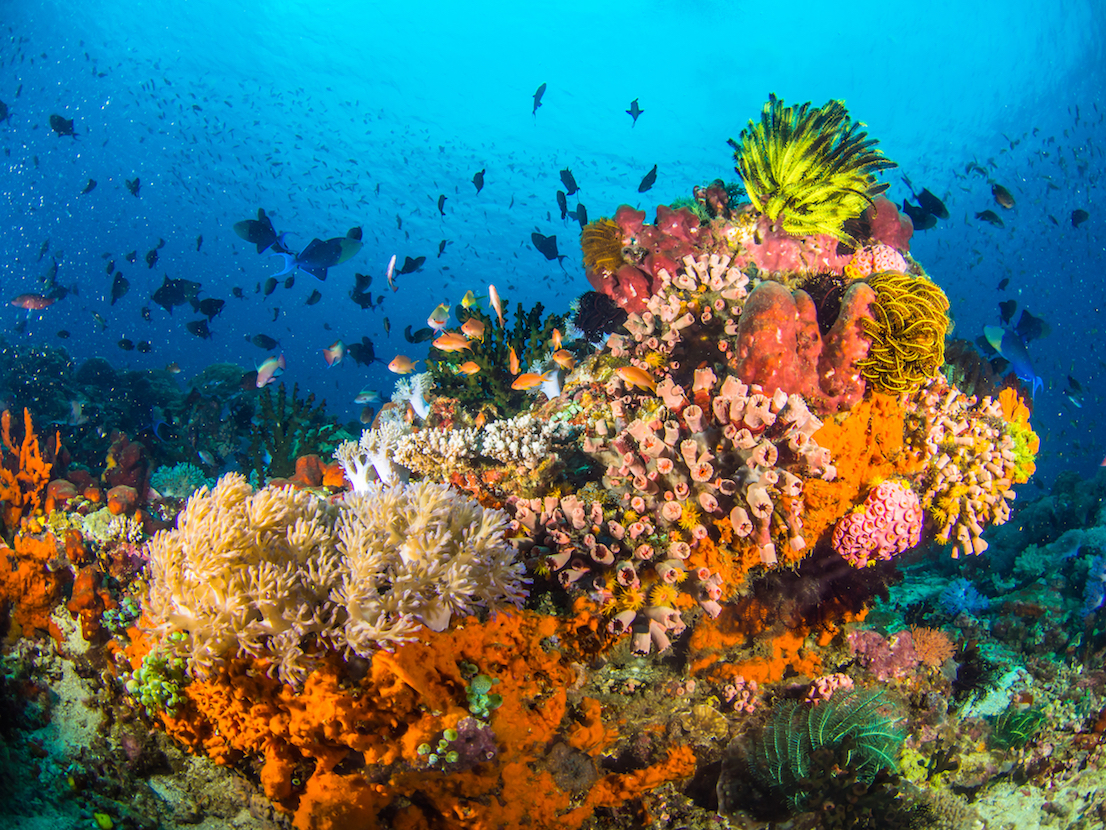 For coral reefs, some protection is better than nothing

Marine reserves can only do so much to protect struggling reefs as climate change and human activities like fishing degrade reefs worldwide, but a new study has found that even some protection is better than no protection at all.

Researchers led by the ARC Centre of Excellence for Coral Reef Studies at James Cook University conducted a worldwide reef survey to assess the effectiveness of marine reserves in protecting biodiversity.

The results show that reefs near highly populated areas with no protections have few fish and predators, while marine reserves that with high-human pressure still had higher fish populations.

“Fish stocks were extremely depleted on reefs that were accessible to large human populations,” said Josh Cinner, leader of the research. “Compared to marine reserves far from these human pressures, reserves near high human pressure had only a quarter of the fish and were a hundred times less likely to have top predators such as sharks.”

1,800 coral reefs around the world were surveyed for the study which was published in the journal Proceedings of the National Academy of Sciences.

The researchers compared reef management strategies and examined differences in ecological conditions between marine reserves where fishing is not allowed and open fishing areas.

Even in highly populated areas, if fishing was prohibited it had a substantial impact on the reef biodiversity and fish biomass. There were five times more fish in marine reserves compared to openly fished reefs.

Predators like sharks were still few and far between along reefs where human pressure was high, and instead top predators were more abundant in reefs far away from human interaction.

The findings indicate that management strategies that ban fishing could have a major impact in restoring vital reefs worldwide. However, some coastal areas depend on reef fishing and so preventing all fishing isn’t an option.

The researchers found that limiting fishing or fishing gear could also help with fish populations if fishing is a must.

“So, we also looked at how effective other forms of reef conservation were, such as restricting the types of fishing gear that people use,” said Michele Barnes, a member of the research team “Our results were promising – these restrictions certainly had better outcomes than doing nothing, but not as good as marine reserves. They were a sort of compromise.”

The research shows how even minimal protection and conservation can improve reef biodiversity which is crucial for reef health and recovery.

“Our research shows where managers will be able to maximize certain goals, such as sustaining top predators or improving the biomass of key fisheries species, and likewise, where they will be wasting their time,” said Cinner.