Coral proving to be resilient against ocean acidification • Earth.com 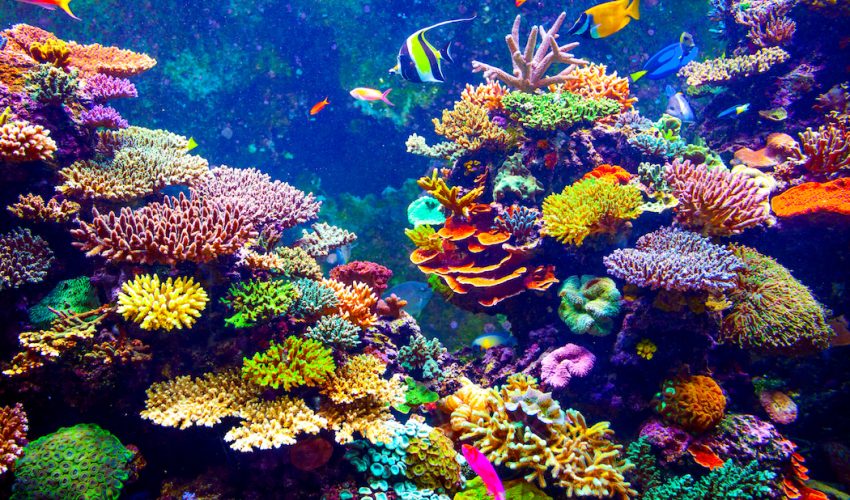 Coral proving to be resilient against ocean acidification

Scientists have long studied coral to understand how they grow their bony, calcium carbonate skeletal covering and how they respond to external threats. As we’ve reported, coral bleaching caused by warming waters has wreaked havoc on reefs worldwide. But increased levels of carbon dioxide in the atmosphere has also led to ocean acidification, where the pH of seawater decreases to dangerous levels.

Now, a new study has revealed that coral is amazingly resilient when it comes to forming its skeletal outer layer, growing at a faster rate and in larger chunks than was previously thought. The discovery also suggests that coral may be more resistant to ocean acidification.

Pupa Gilbert, a professor of physics at the University of Wisconsin-Madison, along with colleagues from the University of Haifa and the Lawrence Berkeley National Laboratory, discovered through advanced image mapping technology that the coral skeleton formed much faster and in larger pieces, rather than molecule by molecule.

The research was published in the Proceedings of the National Academy of Sciences and outlines an exciting new way to map coral growth that Pupa created called component mapping. She used high-energy light from the Advanced Light Source at Berkeley Lab to discern different minerals. Gilbert and her team then created a pixel map to create an image of the formation of the coral skeleton for the specific species Stylophora pistillata, also known as hood coral.

Through Gilbert’s component mapping, the researchers were able to see that some of the particles formed were about 400 billionths of a meter across, much larger than a single molecule or calcium carbonate group.

The growing threats that endanger coral and coral reefs make research like Gilbert’s vital to understanding how the coral survives and thrives. One exciting result of Gilbert’s study is that coral may not be as susceptible to acidifying ocean water as previously thought.

The study did just focus on one species of coral, but Gilbert has high hopes that her results will transfer to other coral species.

“If this mode of formation is verified in other species of coral, then it could be a more general mechanism, and that would enable us to predict that corals will actually form just as well in acidifying oceans,” said Gilbert.