Corals may be able to adapt to climate change under one condition • Earth.com 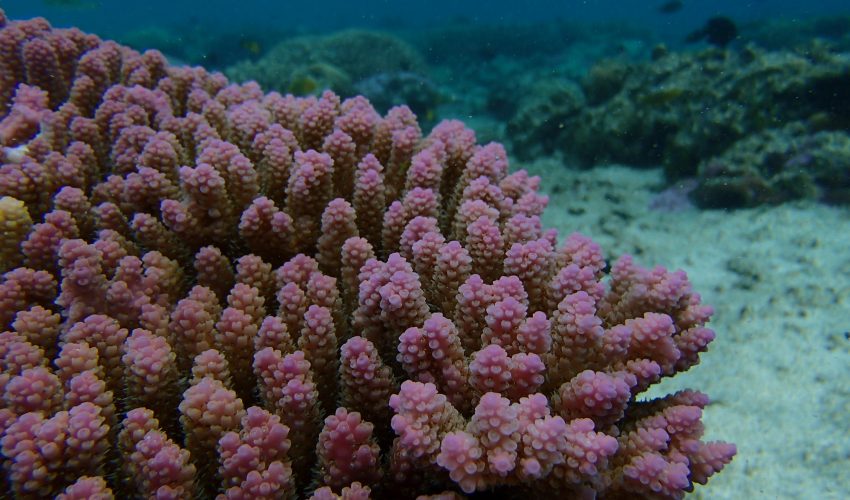 As we’ve reported, climate change has wreaked havoc on coral reefs around the world, with warmer waters sparking coral bleaching events that have devastated entire ecosystems.

In addition to climate change, habitat degradation and commercial fishing operations have also caused coral populations to dwindle considerably. Researchers are especially concerned with how coral will survive amid warming ocean waters.

But a new study of tabletop corals in the Cook Islands has found that corals might be able to adapt to warming waters, but certainly not at the current rapid pace that climate change has set. In order for the corals to stand a chance, greenhouse gas emissions will need to be reduced.

The study was conducted by researchers from the University of California, Davis and published in the journal, Nature Advances.

Researchers discovered that tabletop coral in the Cook Islands are predisposed to tolerate heat, but only to a certain degree.

For the study, the researchers first identified genes in tabletop corals that make them tolerant to heat.

Next, the researchers ran computer simulations to see how the coral would adapt to climate change based on projections of global warming and greenhouse gases.

The simulations showed that tabletop coral could survive in moderate and mild scenarios where temperatures rise, and emissions rapidly decline by 2040.

But if climate change continues unmitigated, then the coral would not be able to adapt quickly enough and would die off as a species.

The researchers plan to study different species next to see if other corals would have similar capabilities.

Understanding how coral will adapt to a changing climate is especially important given their vital role in marine ecosystems.  If emissions are reduced, coral species may be able to withstand the rising temperatures.