Cougars pose an even bigger threat than wolves to Yellowstone elk • Earth.com 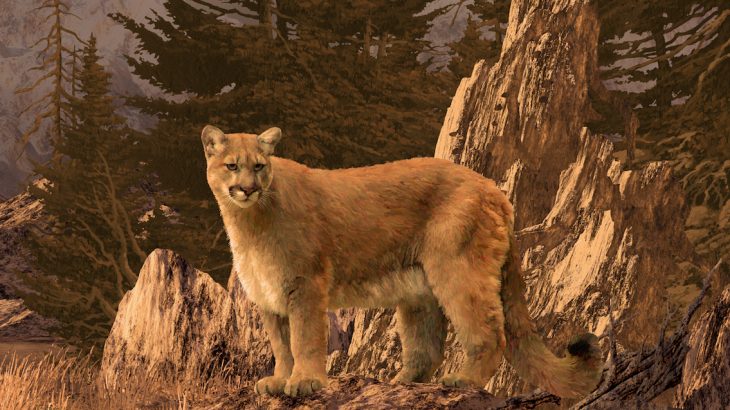 Cougars pose an even bigger threat than wolves to Yellowstone elk

Cougars, not wolves, are the main predator driving the movements of Elk across Yellowstone National Park, new research has revealed.

Wolves have a reputation as apex predators. In Yellowstone, 90 percent of wolves’ winter prey are Elk, according to the National Park Service, and it’s easy to assume that wolves have the biggest influence on Elk herd populations.

But researchers from Utah State University discovered that this isn’t the case, and by focusing on wolves in Yellowstone, the cougar has been overlooked along with its impact on prey populations and the ecosystem.

“Wolves are often the presumed or blamed predator for any change in a prey population, numerical or behavioral,” said Doug Smith, an author of the study. “Our research shows that this is not necessarily true, and that other large predators in addition to wolves need to be considered.”

For the study, the researchers reviewed GPS data from 27 elk that had been fitted with tracking collars between 2001 and 2004. At this time, both wolf and cougar populations were at their peak in the park.

Tracking collar data from cougars, wolves, and elk allowed the researchers to map daily activity patterns and understand the relationships between predator and prey.

Cougars and wolves hunt in different places and at different times, and the researchers wanted to see how elk maneuvered around predators hunting in different areas.

“Cougars hunted mainly in forested, rugged areas at night, whereas wolves hunted mainly in grassy, flat areas during morning and at dusk,” said Michel Kohl, the lead author of the study. “Elk sidestepped both cougars and wolves by selecting for areas outside these high-risk domains, namely forested, rugged areas during daylight when cougars were resting, and grassy, flat areas at night when wolves were snoozing.”

The researchers say that if they focused on one predator or didn’t factor in the different hunting schedules, the results would have concluded that elk increase their risk of exposure to one predator by avoiding the other.

“Movement out of the grassy, flat areas and into the forested, rugged areas to avoid wolves did not result in greater risk from cougars and vice versa because these predators were active at different times of the day,” said Dan MacNulty, a co-leader of the research. “

While elk are still a primary food source for both cougars and wolves in Yellowstone, the study helps show how elk co-exist alongside two predators.

The researchers published their findings in the journal Ecology Letters.