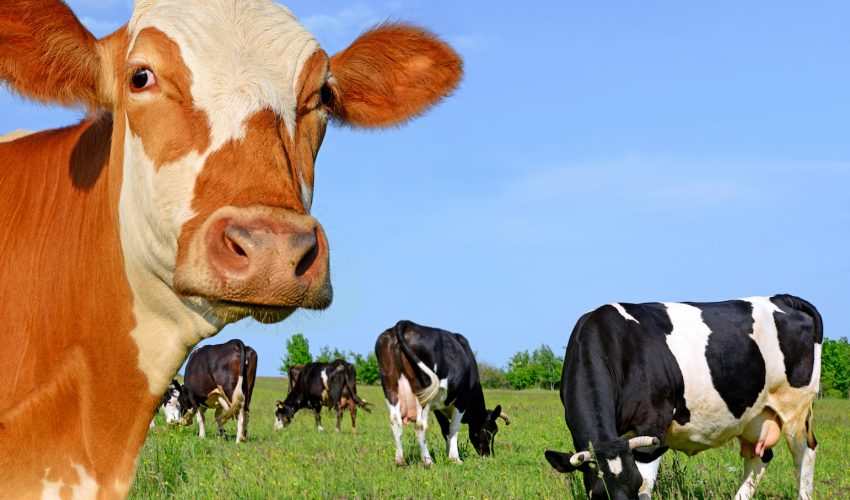 Cow drama! Herd behavior influenced by friction within the group

The sight of a herd of cows in a pasture may seem like a peaceful and relaxed setting. However, researchers have identified grazing cattle as a complex system influenced by friction within the group.

Complex systems research can be applied to a diverse set of disciplines. This approach focuses on the behavior of whole structures, and not just the individual components of a system.

Erik Bollt is the director of the Clarkson Center for Complex Systems Science and a professor of Mathematics and Electrical and Computer Engineering.

Bollt pointed out that a cow performs three main activities on a regular day which include eating, standing while digesting food, and lying down to rest. There would seem to be nothing complex about this daily routine. However, Bollt and his team looked into the underlying issues which complicate matters.

“Cows move and eat in herds to protect themselves from predators,” said Bollt. “But since they eat at varying speeds, the herd can move on before the slower cows have finished eating. This leaves these smaller cows facing a difficult choice: Continue eating in a smaller, less safe group, or move along hungry with the larger group. If the conflict between feeding and keeping up with a group becomes too large, it may be advantageous for some animals to split into subgroups with similar nutritional needs.”

With the help of biologist Marian Dawkins, the team decided to use a cost function in their mathematical model to capture the behavior of the cattle.

“Some findings from the simulation were surprising,” Bollt said. “One might have thought there would be two static groups of cows — the fast eaters and the slow eaters — and that the cows within each group carried out their activities in a synchronized fashion. Instead we found that there were also cows that moved back and forth between the two.”

According to Bollt, this is caused primarily by two competing rhythms within the system.

“The large-sized animal group had a faster rhythm and the small-sized animal group had a slower rhythm. To put it into context, a cow might find itself in one group, and after some time the group is too fast. Then it moves to the slower group, which is too slow, but while moving between the two groups, the cow exposes itself more to the danger of predators, causing a tension between the cow’s need to eat and its need for safety.”

The model used by this research team may be used to analyze other herding animals. The study, published this week in the journal Chaos, may ultimately lead experts to a new approach by which to analyze human behavior in groups as well.