Cows are getting high from industrial hemp • Earth.com 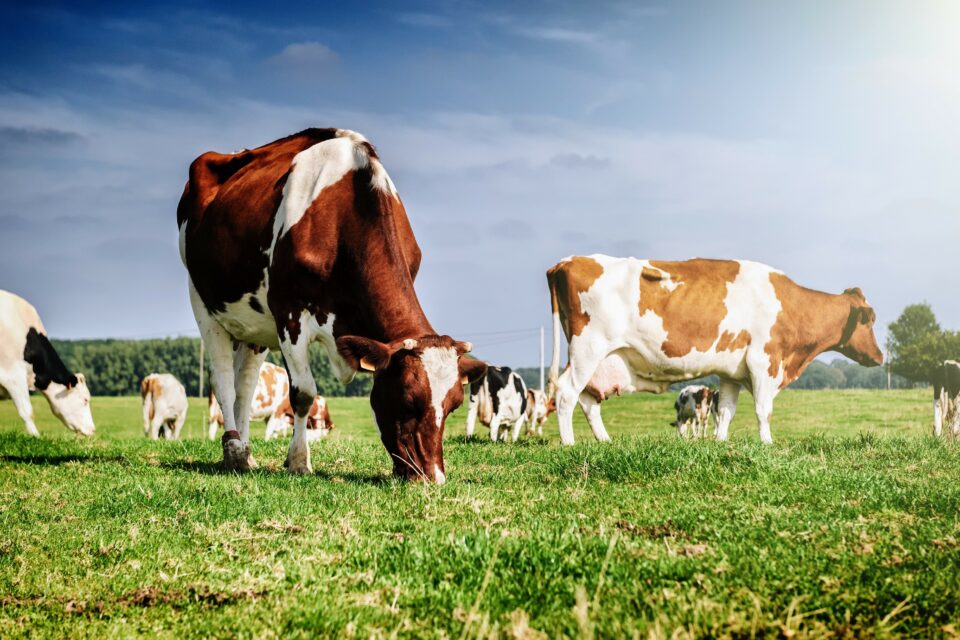 Cows are getting high from industrial hemp

A team of researchers from the German Federal Institute for Risk Assessment has recently found that cows fed with industrial hemp silage – a common ingredient in animal feed – show increased yawning, salivation, and unsteady movements, which are potential indicators of cannabinoid intoxication. These compounds could also be transferred into the milk they produce, with some samples showing levels high enough to impact human health.

“Our study shows that feeding cannabinoid-rich industrial hemp silage made from leaves, flowers, and seeds leads to a decrease in feed intake and milk yield in dairy cows. A transfer of cannabinoids into foods of animal origin is conceivable when by-products of hemp production and the whole plant are used as feedstuffs,” the authors explained.

Due to recent changes in global cannabis regulations, there is currently an increase in demand for industrial hemp for a variety of uses, including insulation, the development of textiles, paper, ropes, bioplastics, and biofuels, as well as its widespread use as animal feed. Since hemp contains cannabinoids, such as tetrahydrocannabinol (THC) and its derivatives, it can induce psychoactive effects on animals that consume it.

To test the effect of industrial hemp on dairy cows, the researchers initially started adapting ten lactating Holstein Freisian cows by replacing up to 0.92 kilograms of the corn silage they usually consumed with low-THC industrial hemp silage. Afterwards, the cows were split into two groups and were fed either 0.84 kilograms or 1.68 kilograms of high-THC hemp silage per day. During the study period, the scientists measured the cows’ feed intake, milk yield, heart and respiratory rates, and body temperature, while also recording behavioral changes, such as muscle tremors, hypersalivation, or changes in coordination.

While the low-THC variety had no effect on the cows during the first experimental stage, both doses of the high-THC variety resulted in significant behavioral changes. Moreover, from the second day of exposure, the cows decreased their feed intake and milk yield. By using laboratory separation methods and computer models, the scientists measured the levels of cannabinoids transferred to the milk from the feed, and discovered that, although there was a less than one percent transfer rate, the large quantities of food the cows consumed meant that substantial amounts were present in the milk too.

While the current data is insufficient for drawing clear conclusions on the health risks for humans posed by consuming such milk, these findings will hopefully lead to further research on the effects of feeding cows with industrial hemp.