Cows are relaxed by face-to-face interactions with people • Earth.com 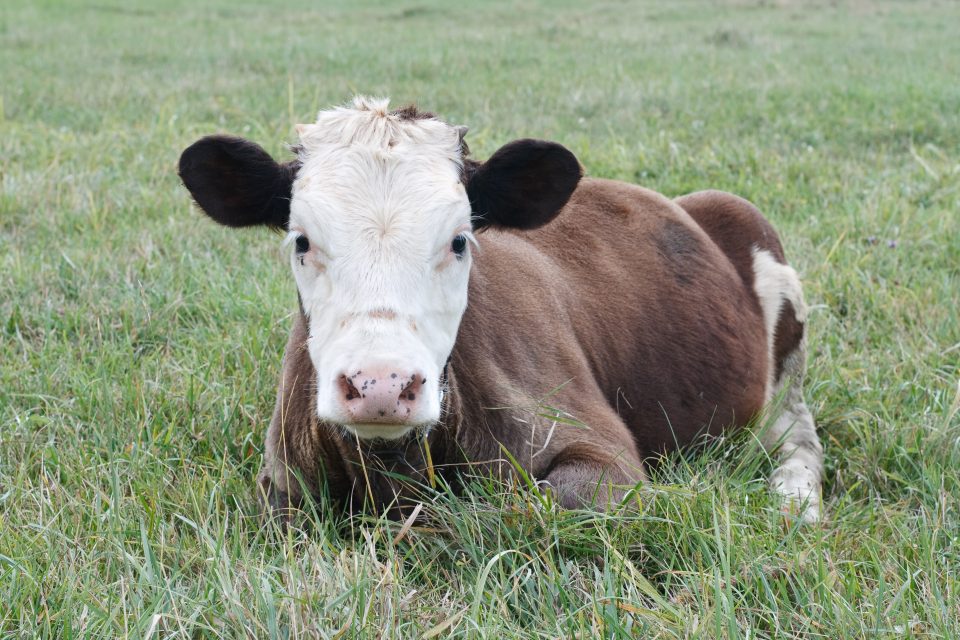 Cows are relaxed by face-to-face interactions with people

Social interactions are extremely important for maintaining positive mental health, and research shows that face-to-face encounters have a powerful effect on our happiness and sense of well-being. A new study published by Frontiers has revealed that, like humans, cows prefer intimate communication with people.

“The quality of the animal-human relationship and, consequently, the welfare of animals can be improved by gentle interactions such as stroking and talking,” wrote the study authors. “The perception of different stimuli during these interactions likely plays a key role in their emotional experience, but studies are scarce.”

For the current study, the researchers set out to investigate whether cows respond differently to the sound of recorded voices compared to direct communication from humans.

“Cattle like stroking in combination with gentle talking,” said Annika Lange of the University of Veterinary Medicine in Vienna. “In scientific contexts, a recording of a human voice speaking gently could be used to relax the animals, because it can be difficult to repeat the same phrases in the same way during experiments.”

The investigation revealed that the cows were substantially more relaxed when they were spoken to by a human face-to-face, rather than through a loudspeaker.

“Our study suggests that live talking is more relaxing for our animals than a recording of a human voice,” said Lange. “Interactions may be less positive when they become artificial through standardization.”

The research, which was focused on a herd of 28 cattle, compared the benefits of either stroking the animals while playing a recording of an experimenter’s voice, or stroking while speaking to the animals directly. The team monitored the responses and found that heart rate variability was higher when cattle were spoken to directly, which indicates that they were enjoying themselves.

The heart rates of the cows dropped lower after the direct interactions than after they listened to voice recordings, showing that they were more relaxed after face-to-face communication.

“When relaxed and enjoying the interaction, the animals will often stretch out their necks as they do when they groom each other,” said Lange. “Additionally, it is thought that ear positions may indicate mood: hanging ears and low ear positions appear to be linked to relaxation.”

The study authors noted that the welfare of animals is strongly influenced by their perception and evaluation of the surrounding environment. “Humans constitute a substantial part of their environment, especially in farm animals. The way animals perceive humans and the quality of their interactions has a strong impact on their welfare,” wrote the researchers.