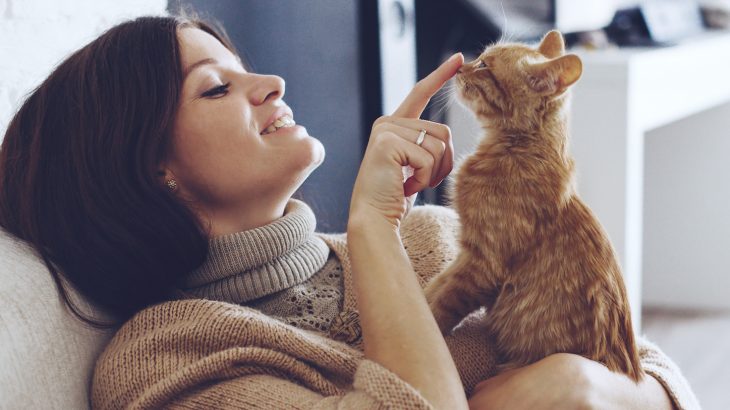 Research proves that the ‘crazy cat lady’ stereotype is false

After psychoanalyzing the emotional health of individuals with and without pets, a team of researchers at UCLA has determined that it is time to put the “crazy cat lady” stereotype to rest. The study revealed that cat owners are no more “crazy” than anyone else.

“We found no evidence to support the ‘cat lady’ stereotype: cat-owners did not differ from others on self-reported symptoms of depression, anxiety or their experiences in close relationships,” wrote the study authors.

The study was focused on the mental health of 264 young adults with cats, dogs, or both. For comparison, the team also evaluated 297 young adults who had no pets.

The researchers analyzed the potential link between pet ownership and mental health-related or social difficulties, and also observed how the participants reacted to distress calls from animals.

The experts said that their findings do not support the idea that cat owners tend to be mentally unstable or lonely. In 2017, researchers at University College London came to a similar conclusion. They could not find any evidence that cat ownership is linked with the development of psychotic symptoms.

The UCLA study also demonstrated that cat and dog owners were more likely to react with empathy when they heard the distress calls of an animal. Pet owners were found to be more emotional than people without pets when they heard dog whimpers or cat meows.

“We found several subtle differences between how adults with and without pets generally rated animal vocalizations,” said the study authors.

A growing collection of research has found that caring for a cat or dog has a positive impact on mental health, helping to relieve depression, anxiety, and stress. In addition, pets provide companionship, boost physical activity, and ease loneliness.