Scientists give crops a photorespiratory boost of productivity • Earth.com 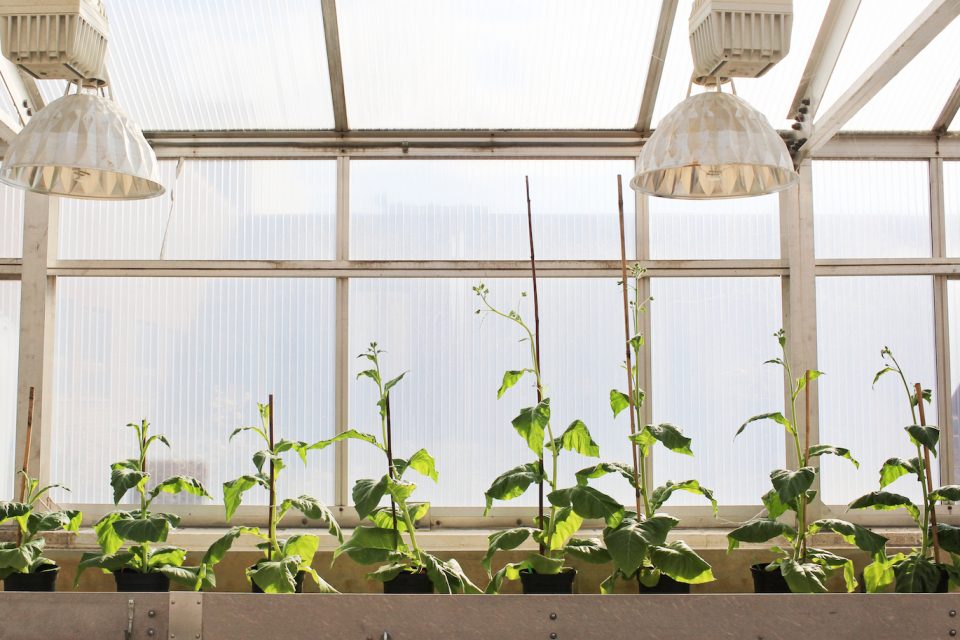 Scientists give crops a photorespiratory boost of productivity

Many plants rely on the process of photorespiration to overcome a photosynthetic glitch, but photorespiration wastes energy and drastically reduces production among crops. A new study led by the University of Illinois has revealed that crops can be modified with a photorespiratory shortcut that makes them 40 percent more productive in real-world conditions.

“We could feed up to 200 million additional people with the calories lost to photorespiration in the Midwestern U.S. each year,” said Professor Donald Ort. “Reclaiming even a portion of these calories across the world would go a long way to meeting the 21st Century’s rapidly expanding food demands – driven by population growth and more affluent high-calorie diets.”

Photosynthesis uses the enzyme Rubisco and sunlight energy to turn carbon dioxide and water into sugars that support plant growth. The problem comes in when Rubisco grabs oxygen instead of carbon dioxide, which happens about 20 percent of the time, resulting in a toxic compound that must be removed through photorespiration.

“Photorespiration is anti-photosynthesis,” said South. “It costs the plant precious energy and resources that it could have invested in photosynthesis to produce more growth and yield.”

The scientists engineered new pathways so that photorespiration does not have to take the complicated route that it usually takes in the plant cell. The rerouted process is drastically shorter and preserves enough resources to boost plant growth by 40 percent.

“Rubisco has even more trouble picking out carbon dioxide from oxygen as it gets hotter, causing more photorespiration,” said study co-author Amanda Cavanagh. “Our goal is to build better plants that can take the heat today and in the future, to help equip farmers with the technology they need to feed the world.”

The breakthrough research is part of Realizing Increased Photosynthetic Efficiency (RIPE), an international project that is developing crops that can photosynthesize more efficiently in an effort to sustainably increase food productivity. The project is funded by the Bill & Melinda Gates Foundation, the Foundation for Food and Agriculture Research(FFAR), and the U.K. Government’s Department for International Development (DFID).